On this page, you will find information about the climate and the best time to visit Costa Rica. We created climate tables and charts for the locations of Puerto Limón und San José. These contain details about temperatures, precipitation and more.

Furthermore, we analyzed all climate data and provide a recommendation about which months are best to visit Costa Rica for your holiday.

The modern country is characterised by its spectacular natural diversity and is considered one of the most species-rich countries in the world. Besides its 4.8 million inhabitants, Costa Rica is also home to a fascinating fauna with rare species such as the sloth, toucans and colourful frogs.

From active volcanoes and lush rainforests to fantastic Caribbean beaches, the politically very stable Costa Rica is a country of contrasts and also bears the nickname of “Green Paradise” in Central America.

The capital is San José in Valle Central, the volcanic mountain ranges of the Cordilleras and the long one on the Caribbean coast are particularly characteristic of the landscape. The highest elevation of the country is Chirripó Grande at 3820 meters. 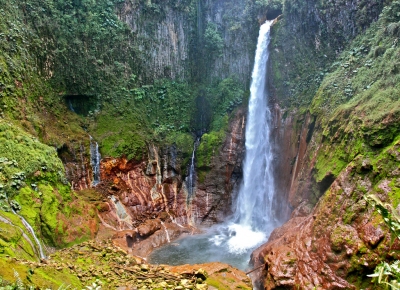 In general, a typical tropical climate prevails in Costa Rica, with the high mountain ranges and many volcanoes creating a climate divide that leads to regional differences. While the Caribbean coast is raining all year round due to damp winds, a clear rainy season can be heard on the Pacific coast.

In Valle Central and the northwest of Costa Rica the rainy season starts around the beginning of May and lasts until the end of November, in the more humid south and in the area of the central coast at the Pacific the rainy season usually ends in the course of January. A reliable dry season can be found especially between February and April.

The Caribbean coast has its driest months mostly between February and April as well as September and October. The other parts of the country are mainly transitional regions with a climate similar to that of the Pacific coast, but without extremes. This means: The dry season remains slightly wetter, the rainy season does not get quite as wet.

When to go to Costa Rica?


In general, both the dry season and the rainy season in Costa Rica have their special attractions. As humidity decreases between Christmas and Easter in most regions of the country and in the neighbouring countries of Panama and Nicaragua, this is also the most popular high season for Costa Rica.

One should not stick too rigidly to the distinction between dry and rainy season, since it comes not least also by the climatic change again and again to surprises. However, we recommend the months of February to April as the statistically best travel season for Costa Rica, with some restrictions also December and January.

If you are a backpacker in the country and therefore have a little more time than a normal holidaymaker, you will of course find much cheaper prices in the rainy season. Rainfall usually starts in the midday period and lasts up to four hours, which can lead to adverse effects on unpaved roads.

Find the best time to visit the regions (Costa Rica) in the following overview.

The maximum water temperature in Puerto Limón is 29 °C. You can take a bath at these temperatures.

You cannot expect snow in any month in Puerto Limón.

Rainy season (months with more than 6.9 in of precipitation): May, June, July, August, September, and October
Overall precipitation in the rainy season: 66.61 in

You cannot expect snow in any month in San José.


The biggest highlights in Costa Rica are of course the breathtaking natural beauty and diversity of the country. The perfect cone of the Arenal Volcano is one of the unforgettable highlights of a Costa Rica trip for many visitors. Also the surrounding national park inspires with mystical waterfalls and cloud forests.

The Monteverde rainforest to the south is a retreat for rare animal species, from wild cats and tapirs to the Quetzal. Our favourite waterfalls are La Fortuna, La Paz, Rio Celeste and Montezuma Falls.

Costa Rica: Experiences of our Visitors

There are 3 reviews for Costa Rica holiday already. Average rating is 2.7 of 5 stars.

We want to know: how was the weather during your Costa Rica holiday? You can win a travel coupon of 1000 $. The price will be raffled among all submissions. 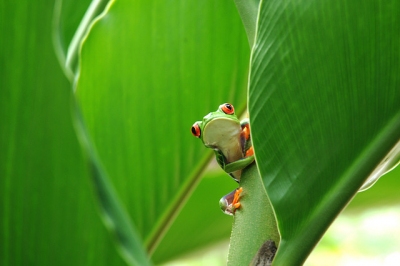 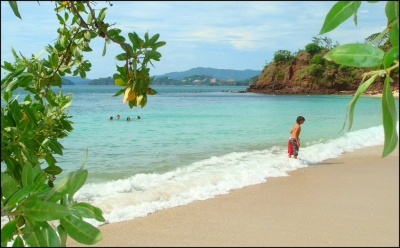