On this page, you will find information about the climate and the best time to visit Romania. We created climate tables and charts for the locations of Constanta und Cluj. These contain details about temperatures, precipitation and more.

Furthermore, we analyzed all climate data and provide a recommendation about which months are best to visit Romania for your holiday.

Around 20.1 million people live on an area of 148000 square miles. This results in a population density of about 84 inhabitants per square kilometre.

In a very central location, the Carpathians extend over the Romanian territory. Mount Moldoveanu is the highest point at 2544 metres. Nine more peaks are higher than 2500 meters. 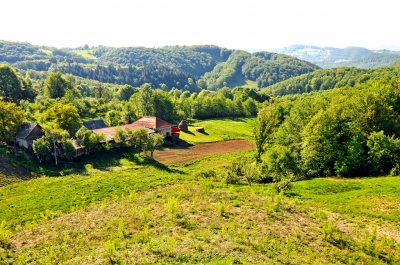 The climate in Romania is divided into three sectors. In the area west of the Carpathians a moderate climate dominates, the summers can become humid and the winters remain quite mild. East of the mountains you will find a continental climate with large temperature differences between summer and winter. The winters here are getting very cold and the summers are getting warmer.

The coastal region at the Black Sea and also the south are characterised by Mediterranean influences, here the summers become warm and the winters somewhat milder. Thus, at the beginning of the year you will find day temperatures of below 5 °C in Constanta, which rise above 10 °C at the end of April and reach their maximum of up to 26 °C in July and August.

In the autumn months of September and October, temperatures drop to around 17 °C to 22 °C before getting fresh in November and December with temperatures of around 5 °C. Rainfall is mild all year round and reaches its maximum in November at 1.65 in. Temperatures are similar in central Cluj Napoca, but there is more rain from May to August.

When to travel to Romania?


The best time to visit Romania is in June, July and August. During this time you can hike in the Carpathians, the coastal regions offer the best conditions for a bathing and beach holiday. The water temperatures will rise above 20 °C from the beginning of June and promise wonderful conditions on the Black Sea.

Close to the city of Cluj Napoca there are many hiking possibilities with pleasant temperatures between May and the end of September. Romania also offers many opportunities for skiers. The months from December to March are particularly suitable here. The Carpathians are covered in snow in these months and are highly appreciated for the excellent piste conditions for winter sports enthusiasts.

Find the best time to visit the regions (Romania) in the following overview.

The maximum water temperature in Constanta is 23 °C. You can take a bath at these temperatures.

Months with water temperature of at least 21 °C (adequate for beach vacation):
July, and August


The region Sinaia is located in Central Romania, here you should not miss the impressive castle Peles. At best, they combine this visit with a hike through Bucegi Mountain, also known as “heaven on earth”. From a cultural point of view, the south-eastern capital should not be missed on a trip through Romania. With Herastrau Park, Stavropoleos Church, Village Museum and Palace of Parliament, Bucharest has many exciting sights to offer.

Cluj-Napoca: 2.5-Hour Guided Walking Tour
Tours
19 Reviews
from 30 $ »
Enjoy a 2.5-hour guided walking tour through the fascinating city of Cluj, the present capital of Transylvania. Visit the birth house of famed king, admire the Gothic style of St. Michael’s Church, and stroll through the newer Avram Iancu Square.
Cluj: Medieval City Exploration Game and Tour
Tours
10 Reviews
from 5 $ »
Go on a quest around Cluj by solving clues in search of Matthias’ secrets, all on your smartphone. Unlocks a new story with each solved clue, while you hop from one place to another. Start and stop the quest whenever you want.
Cluj-Napoca: Turda Salt Mine & Alba Carolina Fortress Tour
Tours
6 Reviews
from 144 $ »
1 day tour in Cluj-Napoca and surroundings including a trip to Alba Iulia, Alba Carolina fortress and Turda salted mine.

From Cluj-Napoca: 2-Day Tour to Sibiu and Sighisoara
Tours
from 364 $ »
From Cluj: Day Trip to Corvin Castle and Alba Carolina
Tours
from 160 $ »
From Constanta: One-way Private Fast Transfer to Bucharest
Transportation
from 186 $ »

We want to know: how was the weather during your Romania holiday? You can win a travel coupon of 1000 $. The price will be raffled among all submissions. 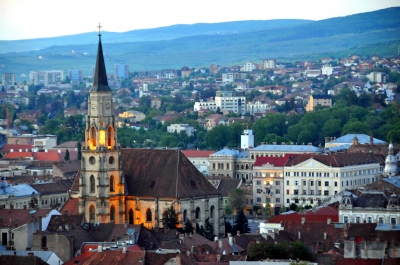 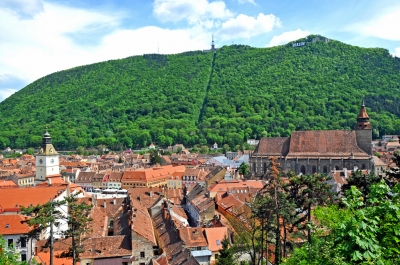 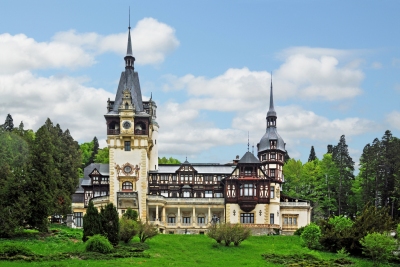