Things to do in Vancouver: Attractions and places to visit

Vancouver is located in the very west of Canada in the state of British Columbia, directly on the Pacific coast – reason enough for many tourists to want to visit the city. Due to its location, Vancouver is a popular destination for Canada travellers and is a good starting point for round trips.

The cityscape is characterized by skyscrapers, an impressive harbour and the picturesque shore on the Pacific coast, so that the city has a lot of green and fresh climate despite skyscrapers. In Vancouver, English is spoken, with many captions in English and French due to the bilingual nature of the country.

Below we present the most exciting tours, the most beautiful attractions and the best sights in Vancouver.

TOP10 Things to do in Vancouver: Table of Contents 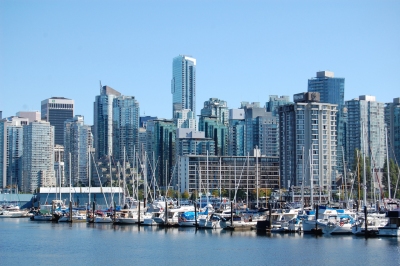 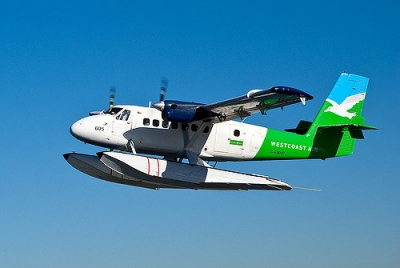 Canada Place is actually the name for a building that is located in the port of the city. These include the Vancouver Exhibition and Convention Centre, the Pan Pacific Hotel and an IMAX cinema. The Canada Place is worth seeing because from here all big cruise ships moor and depart.

The building was decorated with white sails, which are supposed to imitate an impressive ship. At Canada Place you can enjoy the fresh Pacific air, eat ice cream in the sun and watch the often impressive big ships. Here Vancouver radiates a lot of maritime flair!

A special attraction of Vancouver is the 405 hectare Stanley Park, also known as the city’s green lung. It is located at the northern tip of the Vancouver peninsula, right next to the city centre. It offers visitors 200 kilometres of walking paths that can be used for walking, cycling, jogging or inline skating.

It is also very popular with local residents – as a highlight, there is a bank wall that is almost 9 kilometres long and leads with a walk directly along the water around the whole park. At one point of the park you can also marvel at Indian totem poles that are supposed to remind you of the original inhabitants of the park and provide great photo motifs.

Robson Street is not only an extremely long street, but also the busiest in Vancouver. It houses various shopping facilities in the form of shops, restaurants and cafés. Among them are very exclusive shops – so if you want to go shopping in a really elegant way, you’ve come to the right place.

In addition to the one or other star who also goes shopping here, you can also marvel at great cars and motorcycles that are exhibited on Robson Street during the summer months.

Vancouver: Stanley Park Bicycle Tour
Tours
9 Reviews
from 64 $ »
Explore Stanley Park in a small group by bike. Stanley Park is 1,000+ acres of lush rainforest, with easy off-road biking trails and coastal vistas. Ride at a relaxed pace to take in the sights, smells, and sounds of the park.
Indian Arm Half-Day Lunch Cruise from Vancouver
Tours
194 Reviews
from 73 $ »
Cruise the inland waters of Indian Arm on a 4-hour tour, with buffet lunch. Admire magnificent vistas as you sail past waterfront homes, pristine Silver Falls, and privately owned islands. Look out for native wildlife, including bears and bald eagles.
Vancouver: Victoria, Gulf Islands Cruise, & Butchart Gardens
Sightseeing Tours
180 Reviews
from 175 $ »
The journey to Victoria is just as fascinating as the city itself! This tour offers scenic ocean travel, a captivating series of gardens, and an introduction to the enchanting waterfront city of Victoria.

Gastown, a historic part of Vancouver, is well worth a detour – it has the charm of centuries past when Gastown was a financial and commercial centre. Historic buildings and many beautiful cafés and restaurants await visitors here.

The highlight in the middle of Gastown is the famous “steam clock”, which is a worldwide unique steam clock. It is powered by steam and plays every hour on the hour, much to the delight of its audience. If you don’t want to wait so long, you can wait for the next full quarter of an hour – then the little pipes play the Westminster strike.

In keeping with the rustic ambience of Gastown, Vancouver fans should not miss a visit to the Old Spaghetti Factory – the restaurant is affordable for every budget and is definitely one of the gastronomic highlights of Vancouver. Not only is delicious food served here, but also the interior architecture is absolutely worth seeing and inviting. Tiffany-style lamps and coloured window glass create a cheerful, colourful atmosphere.

In addition, there is a half open, former railway car in the middle of the restaurant, which reminds of pioneer times of the Wild West. The Spaghetti Factory company is a chain that offers a restaurant in every major Canadian city – but nowhere else is the atmosphere so extraordinary and well met as in Vancouver. In keeping with the coastal location of the city, there are not only Italian dishes, but also pasta with seafood and fish.

Adventurous people also get their money’s worth a little outside the city – with the Capilano Suspension Suspension Bridge, located north of Vancouver. It was erected in 1889 as a free-swinging structure at a height of 70 metres and stretches 136 metres across the Capilano River.

All around is an 11 hectare park, named after the bridge, with breathtaking vegetation. Due to the humid, rainy climate there is Nordic rainforest to admire, which makes the heart of every nature lover beat faster.

Vancouver: 2.5 hour Gastown Walking Food Tour
Tours
66 Reviews
from 76 $ »
Tantalize your taste buds as you enjoy a 2.5-hour walking food tour of Vancouver’s historic Gastown. Enjoy this culturally rich area while you are taken to 9 eateries to enjoy some delicious food.
Vancouver & Capilano Suspension Bridge Sightseeing: Half-Day
Tours
225 Reviews
from 106 $ »
Explore, learn, and be amazed by Vancouver’s soaring skyscrapers, architectural masterpieces, urban beaches, and coastal rainforests.
Vancouver 2.5-Hour Sunset Dinner Buffet Cruise
Music Activities
153 Reviews
from 85 $ »
Take in Vancouver’s finest views of the city skyline and mountains on a sunset cruise along the Pacific Ocean. On this 2.5-hour trip, you will be treated to a buffet dinner of delicious West Coast-style cuisine, accompanied by the sound of live music.

The offshore island can be easily reached by boat or ferry from the city and is worth seeing for its capital Victoria alone – here is the parliament building, which at night is more reminiscent of a Disney castle than a political institution thanks to beautiful lighting. The Trans Canada Highway also begins in Victoria, which is why the “Mile Zero”, the milestone of the starting point, can be admired here.

Another attraction of the island is Butchart Gardens, which is a magnificent green area with numerous flower fields and exotic gardens. If you prefer to see some wildlife, you can offer whale watching tours from the port cities and experience Orcas at close quarters in the Pacific.

What would a Canadian city be without mountains? The city at the Pacific Ocean is located far away from the Rocky Mountains, but still has a local mountain to offer. The Grouse Mountain with its 1230 meters is a popular destination for excursions and winter sports, as it offers a fantastic view over the city as well as a snowboard and ski area, which offers ideal conditions for winter sports enthusiasts.

But not only winter sports enthusiasts get their money’s worth here – the mountain can also be climbed in summer thanks to the Grouse Grind, a trail almost 3 kilometres long. In only 90 minutes visitors can overcome the difference in altitude and enjoy a great view.

The Lookout Tower is located in the skyscraper Harbour Center, which is centrally located in the business district of the city. With its viewing platform, it offers a 360-degree all-round view, which is particularly attractive at night. The impressive Pacific metropolis with its skyline can be admired from a height of 120 metres.

Dining is possible at a height of 126 metres – in the restaurant one floor above. An elevator takes visitors up. The tower also offers a beautiful view of the neighbouring Gastown.

Grouse Mountain and Capilano Suspension Bridge
Tours
176 Reviews
from 151 $ »
Get outside, breathe in the fresh Pacific air, and immerse yourself in the natural wonders surrounding Vancouver, with visits to Capilano Suspension Bridge and Grouse Mountain.
Vancouver City and The Lookout
Tours
10 Reviews
from 69 $ »
Explore downtown Vancouver from all angles on this dynamic tour that encompasses landmark city sights, oceanfront vistas, architectural wonders, and unbeatable views from 553 feet above sea level.
Vancouver: 24 or 48-Hour Hop-On Hop-Off Sightseeing Bus Pass
Tours
159 Reviews
from 44 $ »
See the sights of Vancouver aboard clear-top buses or heritage-style trolleys with a 48-hour hop-on, hop-off bus pass. The City and Park routes offer the perfect balance of urban adventure and natural beauty.

A traffic system might not be one of the most spectacular sights at first sight, but in Vancouver the situation is a little different. Because a ride on the driverless and railless train is like a little adventure. Both in the city and outside, the Sky Train floats above the earth with great panoramic views.

It is thus a welcome change from the dark metro tunnels that one is accustomed to in large cities. With a length of 69 kilometres, the Skytrain connects the city centre with the airport and is the first contact for all visitors to Vancouver who do not want to take a taxi from the airport to downtown.

More things to do and activities for your Vancouver holiday

Classic Vancouver Panorama Tour by Seaplane
Tours
120 Reviews
from 114 $ »
A great introduction to seaplane aviation, this seaplane tour departs from downtown Vancouver’s bustling Coal Harbour and flies a loop over the city and park before landing back in front of the iconic Vancouver Convention Center.
Vancouver, BC: Half-Day Whale Watching Tour
Tours
117 Reviews
from 156 $ »
See whales and other marine animals close up on the state-of-the-art catamaran, Salish Sea Freedom. The covered boat has several viewing areas on 3 different elevations, and whale sightings are guaranteed.
Vancouver to Victoria and Butchart Gardens
Tours
108 Reviews
from 159 $ »
Explore Vancouver Island and Victoria on a 13-hour sightseeing tour by coach and ferry and cruise the marine wonderland of the Gulf Islands, stroll among blooming flowers in Butchart Gardens, enjoy time at leisure in downtown Victoria, and more.
From Vancouver: Full-Day Tour to Whistler
Sightseeing Tours
101 Reviews
from 64 $ »
Escape the city and wind along fjords and inlets, ascend into the coastal mountains, and stroll through the alpine village of Whistler during this epic day of exploration.
Sea Vancouver Waterfront Sightseeing Adventure
Tours
95 Reviews
from 41 $ »
Explore the scenic waterways of Vancouver on board a zodiac boat on a 1.5-hour sightseeing cruise. Enjoy expert commentary as you travel along channels such as Burrard Inlet, English Bay and Stanley Park.
Vancouver: Shared or Private Panorama Flight by Seaplane
Tours
79 Reviews
from 171 $ »
Hop aboard one of our planes for an extended Vancouver Panorama tour departing from downtown Vancouver’s Coal Harbour. Take in complete aerial views of the city’s beautiful scenery, the surrounding parks, its beaches and Vancouvers’ stunning coastline.

We recommend the following months as best time to travel for exploring the attractions and acivities of Vancouver:

May, June, July, August, and September

You can find more information about the weather, including all climate data, on our climate page for Vancouver.

You already did a Vancouver holiday and know other sights or interesting places? Then share your travel tips with us and our website visitors. Among all submissions, we’re giving away a travel voucher worth 1000 $.

Beach Vacation in May