On this page, you will find information about the climate and the best time to visit Vietnam. We created climate tables and charts for the locations of Hanoi, Haiphong und Ho Chi Minh. These contain details about temperatures, precipitation and more.

Furthermore, we analyzed all climate data and provide a recommendation about which months are best to visit Vietnam for your holiday.

The Republic extends from the Gulf of Thailand to the South China Sea and borders Laos, Cambodia and the People’s Republic of China. Approximately 94 million people live on an area of around 206000 square miles. The population density is therefore 282 inhabitants per square kilometre.

The capital of Vietnam is Hanoi in the north of the country, the international airport is connected to European cities such as Paris, Frankfurt and London by Vietnam Airlines as well as major airports in Asia and Australia.

As a region in Indochina, the country was under French colonial rule and was occupied by Japan during the Second World War. After a division into the socialist north with Hanoi and the more westerly south with Saigon, Vietnam was reunited in 1976.

Three quarters of Vietnam’s surface is covered with mountains and plateaus. In both the north and the south there are fertile river deltas, which are mainly used for rice cultivation. The deltas of the Mekong and the Red River Sông are particularly large. 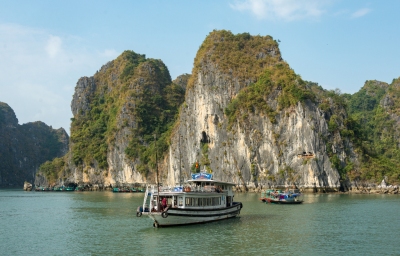 Due to its wide north-south extension, Vietnam is located in both the tropical and subtropical climate zones. In the north, around the capital Hanoi, there is usually a dry winter, which brings a maximum of 1.46 in of rainfall in the months from December to March. The temperatures here range between 20 °C to 22 °C. In summer the temperatures rise up to 33 °C.

At the same time, however, the rainy season begins and precipitation can reach up to 12.2 in in August. The mountainous region in the northwest can become very cold in winter, even snowfall is not uncommon in high altitudes. In the central areas of Vietnam there is a tropically moist monsoon climate. The weather here is usually dry and very hot from January to mid-August.

From October, the rainfall will increase sharply. In the south of Vietnam, the climate is hot and humid all year round. In Saigon, the rainy season lasts from June to October and brings monthly rainfall of up to 11.93 in. The drought runs from November to May and reaches its minimum in February with less than 0.2 in of rainfall. Temperatures rise to 35 °C.

When to go to Vietnam?


Basically it gets unbearably hot in most regions of Vietnam starting in May and the air humidity increases strongly. As our climate tables show, there is rainy season between May and September (in some areas also until October) with sometimes considerable precipitation. This humid-hot travel time is not optimal for your explorations in Vietnam, also bathing vacation is only very limited possible.

In general, therefore, we recommend the months November to April as the best travel season in Vietnam, as it is now significantly drier and cooler. In the high altitudes in the north (for example Ha Giang) it can get quite fresh in January and February, but the visibility and weather conditions are still ideal. Beach holidays on Nha Trang and Hoi An are best from mid-February to early September.

While Hanoi and Halong Bay are well travelable from October to April, Ho Chi Minh City and the Mekong Delta will be very hot from mid-February. Average day temperatures of 34 °C prevail in March, which is why we recommend the travel season from December to the end of February for South Vietnam. Due to the overlaps, this is also the best time for round trips!

Find the best time to visit the regions (Vietnam) in the following overview.

You cannot expect snow in any month in Hanoi.

The maximum water temperature in Haiphong is 31 °C. You can take a bath at these temperatures.

Months with water temperature of at least 21 °C (adequate for beach vacation):
all except January, February, and March

Rainy season (months with more than 6.9 in of precipitation): May, June, July, August, and September
Overall precipitation in the rainy season: 56.57 in

You cannot expect snow in any month in Haiphong.

The maximum water temperature in Ho Chi Minh is 30 °C. You can take a bath at these temperatures.

Rainy season (months with more than 6.9 in of precipitation): May, June, July, August, September, and October
Overall precipitation in the rainy season: 64.72 in

You cannot expect snow in any month in Ho Chi Minh.


Vietnam is rich in cultural and scenic highlights and is therefore perfect for round trips with several places. Of course, the capital Hanoi and Saigon as well as the UNESCO World Heritage Sites Hoi An and Hue should not be missing from your trip. The famous floating markets of Cai Rang and Cai Bae give you a delicate insight into the culinary highlights.

A boat trip through the picturesque Halong Bay is of course a must among Vietnam’s sights. You can also admire the former capital Hue, the lush rice terraces of Lao Chai or the impressive 120 miles long Cu Chi tunnel from the Vietnam War. From picturesque pagodas to warm locals: Vietnam will enchant you!

More information about the best things to do: Vietnam

Vietnam: Experiences of our Visitors

There are 9 reviews for Vietnam holiday already. Average rating is 3.8 of 5 stars.

We want to know: how was the weather during your Vietnam holiday? You can win a travel coupon of 1000 $. The price will be raffled among all submissions. 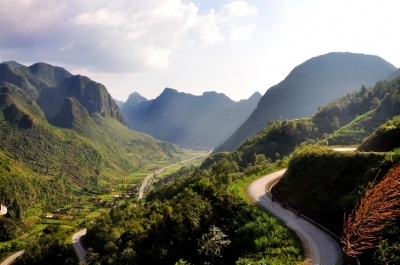 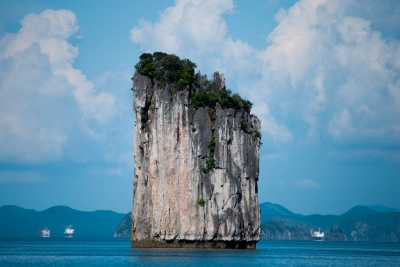 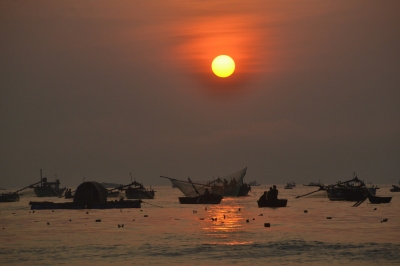 Vietnam from the air