On this page, you will find information about the climate and the best time to visit Argentina. We created climate tables and charts for the locations of Buenos Aires, Ushuaia und Salta. These contain details about temperatures, precipitation and more.

Furthermore, we analyzed all climate data and provide a recommendation about which months are best to visit Argentina for your holiday.

The landscapes of Argentina are incredibly varied. Besides flat coastal plains, subtropical rain forests and the dry pampas in the Argentine Andes, for example, there are also gigantic mountains over 6000 metres high. At 6962 meters, Aconcagua is the highest mountain of the entire American continent.

Large parts of the Rio de la Plata flow through Argentina. With the Mar Chiquita there is a 5770 square kilometre salt lake in the province of Córdoba. In the south of Argentina lies the Los Glaciares National Park, which was declared a UNESCO World Heritage Site in 1981. 250 miles east of Argentina lie the Falkland Islands. These have been claimed by Argentina since 1833. Foreign policy and defence are in the hands of the United Kingdom. For example, the city of Buenos Aires is about 7000 miles away from London.

In general, the seasons in the southern hemisphere are exactly opposite to the seasons in Europe. Due to its geographical size, however, there are strong regional differences in some cases.

Argentina can be divided into four very different climate zones. To illustrate this, we have included the climate data of three measuring stations on this page: Ushuaia for the south of Argentina and the Patagonia region, the city of Salta for the north of the country (including Iguazú waterfalls, Tucamán) and of course the capital Buenos Aires.

In principle, it can be said that the south is significantly colder than the north of the country, while the east with the Atlantic winds records significantly more precipitation than the rain-reduced east of Argentina. The warmest months are October to March (summer), June to August are the coldest.

When to visit Argentina?


Due to the climatic differences, it is difficult to speak of a best travel season for the whole of Argentina. Nevertheless, there are also very good possibilities for round trips through the impressive country to combine the different regions.

In general, the capital Buenos Aires is suitable for a visit all year round, the winter is quite short and remains pleasantly mild. However, the best time to travel for Buenos Aires is during the transitional months in spring and autumn.

The north of Argentina is rather tropical, especially at the Iguazú waterfalls it is very humid all year round. Similar to the northwest (highlands around Salta) the winter months are much cooler, but due to the lower humidity they are more recommendable for a trip.

In southern Argentina, the Argentine summer from November to mid-March is considered the best travel season for Patagonia and Tierra del Fuego. Many hotels, however, close in the cold winter from June to August, even though winter sports play an increasingly important role in tourism.

You can already see it: The south shines from November to March, the north rather the other way round from March to November. Perfect interfaces for all regions of the country will therefore be created above all in the marginal months of March/April and October.

Find the best time to visit the regions (Argentina) in the following overview.

The maximum water temperature in Ushuaia is 7 °C. You cannot take a bath with these temperatures.

Months that have possible snowfall: all except January, and February

You cannot expect snow in any month in Salta.


Every Argentine traveller should try the traditional tango. To the beat of South American music, locals and holidaymakers dance day and night in lively bars, on the street or in nightclubs. Buenos Aires is considered a real hotspot and is the starting point for many visitors anyway. Also the visit of a steak restaurant should not be missing with your journey.

Another highlight in Argentina is of course the flora and fauna. In every region of the country there is a lot to discover in nature. Especially in the north there is a very diverse fauna. Jaguars, various monkey species, reptiles, parrots and flamingos are just a few examples of wildlife. The south in the Patagonia region is unparalleled in the world and is on the list of places that many holidaymakers should have visited once in their lives.

Visit the cowboys in the pampas, watch penguins on the Península Valdés or admire the imposing waterfalls of Iguazú in the middle of the rainforest. Argentina is perfect for a round trip and can be combined with neighbouring countries such as Brazil, Chile or Uruguay (by ferry from Buenos Aires).

Buenos Aires: Piazzolla Tango Show with Optional Dinner
Music Activities
423 Reviews
from 45 $ »
Experience a classical tango show in the beautiful classical theater of Galería Güemes. Piazzolla Tango is a majestic piece of live music and tango performance inspired on Astor Piazzolla’s work.
Highlights of Buenos Aires: Small Group 3-Hour Guided Tour
Tours
295 Reviews
from 28 $ »
Enjoy a small group tour of the major sites of Buenos Aires and the city’s neighborhoods. Travel by air-conditioned mini-van with a professional guide to see San Telmo, the oldest residential area in the city, and La Boca, where tango is king, and more!
Buenos Aires: Señor Tango Show
Music Activities
239 Reviews
from 72 $ »
Experience the drama and elegance of tango during a performance directed by the legendary maestro Fernando Soler. Enter a dazzling hall with incredible architecture and indulge in a sumptuous 3-course dinner as you enjoy the spectacle.

Argentina: Experiences of our Visitors

There are 2 reviews for Argentina holiday already. Average rating is 4 of 5 stars.

We want to know: how was the weather during your Argentina holiday? You can win a travel coupon of 1000 $. The price will be raffled among all submissions. 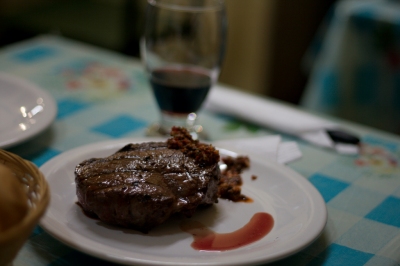 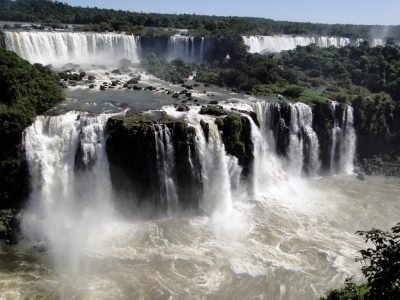 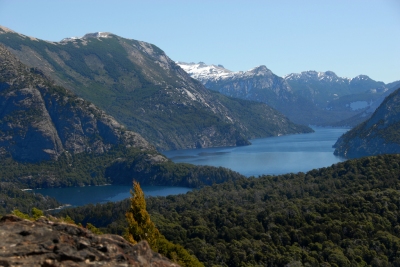