On this page, you will find information about the climate and the best time to visit Botswana. We created climate tables and charts for the locations of Maun und Tshabong. These contain details about temperatures, precipitation and more.

Furthermore, we analyzed all climate data and provide a recommendation about which months are best to visit Botswana for your holiday.

1. Geographical location
2. Climate in Botswana
3. Best Time to Travel for Botswana: Overview
4. When is the best time to travel on Safari?
5. Perfect Travel Time for the Regions
6. Climate Chart Botswana
6.1 Climate Chart Maun
6.2 Climate Chart Tshabong
6.3 Compare Climate of Regions
7. Climate Tables Botswana
7.1 Climate Table Maun
7.2 Climate Table Tshabong
8. The best places for safaris in Botswana
9. Popular Activities
10. Current Weather and Forecast
11. Important Regions and Cities
12. Experiences of our Visitors
13. Share your Experience and Win
The Republic of Botswana is a landlocked state in the southwest of the African continent.

The country covers over 360000 square miles and is home to only about 2 million inhabitants, which is why it is considered extremely sparsely populated.

For comparison: The Federal Republic of Germany has an area of about 222000 miles² and a population of about 82 million. Botswana’s immediate neighbours are South Africa in the south, Zambia and Zimbabwe in the north-east and Namibia in the west and north.

With a north-south extension of over 620 miles, Botswana lies forever in the sandy, hot basin of the Kalahari. The fascinating water world of the Okavango Delta, which has created a large delta in the middle of the semi-desert, offers a remarkable contrast to this.

Other important waters of the country are the Botswana Rivers Linvanti, Chobe, Zambezi and Limpopo. The capital of Botswana is the city of Gaborone.

Botswana is characterized by a subtropical, quite dry and hot climate. In principle, the seasons in Botswana are always opposite to the climate in Europe. Although one generally speaks of a rainy season during the African summer, even in the rainy months from December to March only comparatively little precipitation falls.

In addition, the amount of rain varies greatly from region to region, with much more rainfall in the north than in the south and southwest of the country. The hottest months are between October and January, the dry season in Botswana is between April and November, depending on the region.

Particularly pleasant about the climate in Botswana is the comparatively low humidity, so that, unlike tropical areas in Africa, the weather remains bearable even at very high temperatures. The coldest months are June and July (5 °C to 7 °C at night), at this time of the year you should look out for appropriate clothing especially for a safari holiday with wildlife watching in the early morning and late evening.

When is the best time to travel on Safari?

The best time to observe wildlife on safari in Botswana is between September and early November, especially for the Okavango Delta and Chobe National Park. Due to the dry weather the animals gather at the few water points and offer unique observation possibilities.

But Botswana also shows its best side from May to August, the African winter is one of the most popular and thus most expensive travel seasons in Botswana. This is mainly due to the flood in the delta of the Okavango, but of course also to the holiday seasons in Europe.

The rainy season from December to March ensures that the animals are distributed over a large area, and heavy thunderstorms can also occur. Some lodges are now even closed, safaris are now much more demanding. Experienced Botswana travellers appreciate the appeal of this travel season, but it is not a recommendation for first-time visitors.

Find the best time to visit the regions (Botswana) in the following overview.

In the following, you will find some climate tables for Botswana, containing information about Temperatures, Precipitation, and Hours of Sunshine.
Show climate table for

You cannot expect snow in any month in Maun.

Months that have possible snowfall: June

The best places for safaris in Botswana


Many Botswana tours are offered as safari combinations and include a visit to Victoria Falls between the border towns of Victoria Falls in Zimbabwe and Livingstone in Zambia. Botswana itself has several world famous safari areas such as Chobe National Park with its thrilling wetlands to the north and the neighbouring Okavango Delta further southeast.

Typical safari adventures continue from Kasane along the banks of the Chobe River to Savuti, Khwai and Moremi before most guests finish in the Okavango Delta or one of the adjacent private concessions (for example the Selinda Reserve).

The salt pans of Makgadikgadi Pans in the National Park of the same name are just one of the many sights in the expanses of the surreal Kalahari. In the centre of Botswana the Central Kalahari Game Reserve inspires, in the southwestern border area lies the transnational Kgalagadi Transfrontier Park (with Namibia, South Africa). Most Botswana Safari Tours also include lodges in reserves such as Moremi and Savuti.

Maun: Okavango Delta Mokoro Tour and Bush Walk
Tours
from 200 $ »
Travel to the Okavango Delta and board a mokoro to explore the landscapes and wildlife of the area. Join a bush walk and enjoy a packed lunch on an island in the delta.
From Maun: Moremi Game Reserve Tour
Tours
from 165 $ »
Take a guided day trip to Moremi Game Reserve from Maun to spend a full day catching sightings of wildlife and over 400 species of birds. Enjoy a packed lunch and a convenient hotel transfer to make your day complete.

Botswana: Experiences of our Visitors

There are 2 reviews for Botswana holiday already. Average rating is 5 of 5 stars.

We want to know: how was the weather during your Botswana holiday? You can win a travel coupon of 1000 $. The price will be raffled among all submissions. 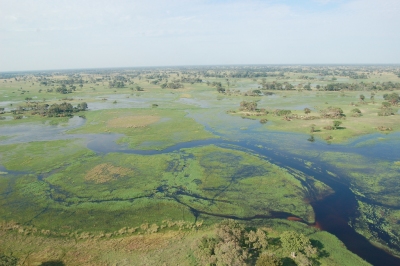 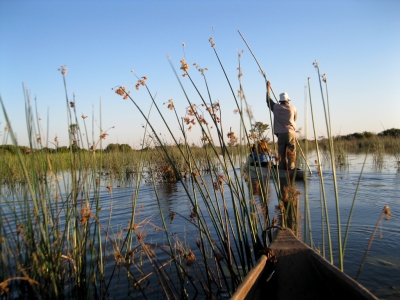