On this page, you will find information about the climate and the best time to visit Dubrovnik. We created climate tables and charts for the location of Dubrovnik. These contain details about temperatures, precipitation and more.

Furthermore, we analyzed all climate data and provide a recommendation about which months are best to visit Dubrovnik for your holiday.

1. Geographical location
2. Climate in Dubrovnik
3. Best Time to Travel for Dubrovnik: Overview
4. When to visit Dubrovnik?
5. Climate Chart Dubrovnik
6. Climate Table Dubrovnik
7. Highlights and Attractions
8. Popular Activities
8.1 More Attractions
9. Current Weather and Forecast
10. Croatia: Regions
11. Experiences of our Visitors
12. Share your Experience and Win
The city of Dubrovnik lies at the southern end of Croatia directly on the Adriatic Sea. The medieval city covers an area of 89 square miles and has a population of around 43,000. It is divided into four districts.

Dubrovnik is a very important business location for Croatia. Since 1979, the old town has been on the UNESCO World Heritage List. Its medieval churches, monasteries and palaces are among Croatia’s most important cultural treasures and delight travellers from all over the world.

During the war in Croatia in 1991 and 1992, parts of the city were heavily fired upon by the former Yugoslav army, but today the entire region is considered absolutely stable and safe to travel. Dubrovnik can be reached from Cologne/Bonn Airport in about 2 hours. 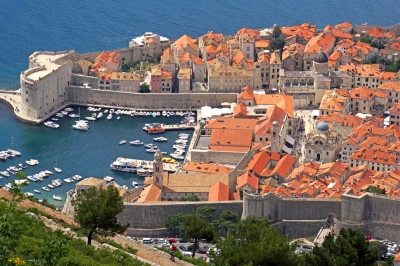 Dubrovnik has a Mediterranean climate with warm temperatures and over 250 sunny days a year. The weather is also quite mild in winter despite the increased humidity, in the coldest month of January you can expect daily temperatures between 12 °C to 13 °C. In the summer months of June, July and August the temperatures often scratch at 30 °C.

The warmest month in Dubrovnik is usually July, in summer it seldom gets cooler than 20 °C even at night. The Maestral wind ensures lasting good weather and transports the mild temperatures from the sea side to the mainland. In spring and autumn, the so-called jugo wind cools down significantly. It brings cold weather fronts from southeast direction and also some rain clouds with it.

A climatic phenomenon is the falling wind Bora, which can also provide fresh air in summer. The Bora moves from inland to the coast of Croatia and provides temporary cooling, but does not bring rain. The highest wind speeds are reached at night, the duration is usually only between 12 and 18 hours. The bora is a phenomenon of the Adriatic Sea and mainly affects Trieste (Italy) and the east coast.

When to visit Dubrovnik?


The best time to visit Dubrovnik in Croatia is between June and September. From May, early summer and mild temperatures can be expected in the region. In the high summer between July and August it gets up to 30 °C, at this travel time it is absolute high season at the surrounding beaches of the city. Even at night the temperature cools down to a minimum of 18 °C to 20 °C.

The water temperatures range between 22 °C to 24 °C. Absolutely summery and suitable for swimming! The summer in Croatia is therefore particularly suitable for a classic beach holiday. Since the air literally seems to stand in the narrow streets of the city and longer walks can be very strenuous, we recommend spring and autumn in Dubrovnik as the best time to discover the cultural highlights.

In the following, you will find the climate table for Dubrovnik, containing information about Temperatures, Precipitation, Water Temperatures, and Hours of Sunshine.

The maximum water temperature is 24 °C. You can take a bath at these temperatures.


Experts describe Dubrovnik as one of the most beautiful cities in the Mediterranean, travel guides also like to speak of Croatia’s “most important treasure”. The car-free old town has long since been declared a UNESCO World Heritage Site and has an extraordinary atmosphere within the 1940-metre-long city walls. The most famous fortress of the city wall is the beautiful Lovrjenac complex.

Dubrovnik’s old town also includes the city harbour built in the 15th century. The harbour promenade attracts many tourists every year and offers numerous cultural attractions such as the Prince’s Palace and the Cathedral of the Assumption. One of the oldest municipal theatres is also located in Dubrovnik, where plays are still performed today. A tour to the mountain Sr? with its impressive Imperial fortress is also highly recommended.

More information about the best things to do: Croatia

Dubrovnik 3-Hour Sea Kayaking Tour with Snack
Nature & adventure
1404 Reviews
from 34 $ »
Experience Dubrovnik from a unique perspective, and get away from the crowds and heat on a fun sea adventure. Explore the coastline around Dubrovnik’s old town, Lokrum Island, and hidden caves on a guided sea kayak tour. No experience is required!
Dubrovnik: 1.5-Hour Old Town Guided Walking Tour
Tours
1318 Reviews
from 21 $ »
Enjoy a 90-minute walking tour into the historic heart of Dubrovnik’s Old Town. Visit the city’s major landmarks and hear stories of how Dubrovnik became one of the world’s most prosperous and advanced maritime republics.
Dubrovnik: 2-Hour Game of Thrones Tour
Tours
953 Reviews
from 24 $ »
On this 2-hour Game of Thrones tour in Dubrovnik you’ll visit the best sites where King’s Landing scenes were filmed. You may even hear stories and gossip from behind the scenes as some of the tour guides were Game of Thrones extras and stand-ins.

Dubrovnik is part of the holiday destination Croatia. We analyzed the climate for additional regions, in order to provide you with information about the best time to visit and the expected holiday weather:

Dubrovnik: Experiences of our Visitors

There are 3 reviews for Dubrovnik holiday already. Average rating is 5 of 5 stars.

We want to know: how was the weather during your Dubrovnik holiday? You can win a travel coupon of 1000 $. The price will be raffled among all submissions. 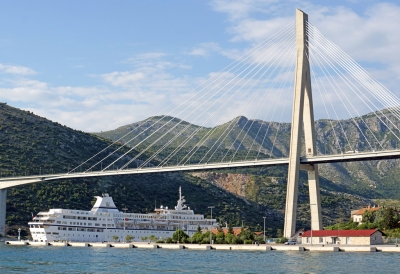 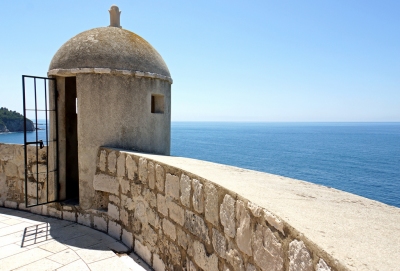 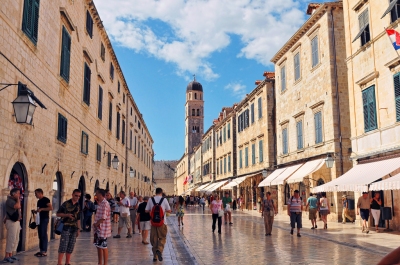