On this page, you will find information about the climate and the best time to visit Iceland. We created climate tables and charts for the location of Reykjavík. These contain details about temperatures, precipitation and more.

Furthermore, we analyzed all climate data and provide a recommendation about which months are best to visit Iceland for your holiday.

1. Geographical location
2. Climate in Iceland
3. Best Time to Travel for Iceland: Overview
4. When is the best time to travel in Iceland?
5. Perfect Travel Time for the Regions
6. Climate Chart Iceland
6.1 Climate Chart Reykjavík
7. Climate Table Iceland
7.1 Climate Table Reykjavík
8. Aurora Borealis / Northern Lights and other sights
9. Popular Activities
9.1 More Attractions
10. Current Weather and Forecast
11. Important Regions and Cities
12. Experiences of our Visitors
13. Share your Experience and Win
Iceland is the second largest of all European island states after the United Kingdom of Great Britain and Northern Ireland with just over 62000 square miles of land area.

The main island of Iceland, which geologically belongs to Europe and North America, lies just below the Arctic Circle.

From a geographical point of view, Iceland is considered northern Europe, although the island is located on both the Eurasian and North American continental plates. The very water-rich island state between Greenland (in the northwest) as well as Norway and the Faroe Islands (in the east and southeast) is traversed by over 30 active volcanic systems.

The highest elevation on Iceland is the Hvannadalshnúkur at 2110 metres, while Dettifoss is the most energy-rich waterfall in Europe.

The sparsely populated country with around 330,000 inhabitants is characterised by fjords, glaciers, various rivers and lakes. The capital and seat of government is Reykjavík, the northernmost capital in the world. 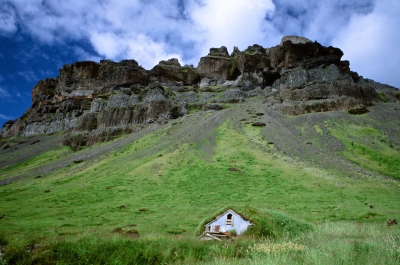 The climate on Iceland is influenced by the rather cool current from Gröndland on the north-east and south-west coast of the island as well as the rather mild Irminger current on the southern coast. The oceanic cool climate is relatively humid, precipitation (rain or snow) can occur in any season. Summer in Iceland is comparatively cool and, with a daytime temperature of around 13 °C in July and August, is more like German autumn.

Warm periods with values above 20 °C are humorously called “summer of the century” on Iceland and are correspondingly rare. From November to March, average daytime temperatures are in the freezing point range, and at night temperatures of minus 10 to minus 25 °C can be reached, especially in the interior and highlands. Snow falls less frequently in the south of the island than in the north, and temperatures are usually also higher.

There’s a saying:”If you’re not happy with the weather in Iceland, just close your eyes for 10 minutes!” The weather in Iceland is considered moody and very changeable. We have already experienced it several times and can basically confirm this sharpened motto.

When is the best time to travel in Iceland?


Winter in Iceland usually lasts from the beginning of November to the end of April, although snowfall in May is not uncommon. Especially for tours with a snowmobile or a superjeep, this travel season is particularly recommended, but Reykjavík and the Golden Circle also unfold a magical atmosphere as normal tourists in the snow.

Some side streets are now impassable, but the hot thermal springs are now particularly popular. However, we clearly recommend summer on the island as the best time to travel to Iceland. The so-called midnight sun ensures endless long days, nature is now in full bloom from mid-June to August.

Also for whale watching tours the months of June, July and August are considered to be absolutely best travel time. In general, the high season for Iceland is also during this period, many sights are now well visited. September will be much calmer, but can still convince with mostly good weather conditions.

Find the best time to visit the regions (Iceland) in the following overview.

In the following, you will find the climate table for Iceland, containing information about Temperatures, Precipitation, Water Temperatures, and Hours of Sunshine.

The maximum water temperature in Reykjavík is 11 °C. You cannot take a bath with these temperatures.

Months that have possible snowfall: all except June, July, and August


All tours start in the capital Reykjavík, which is already worth seeing with its Nordic architecture and the charming harbour area itself. The Golden Circle Route is part of the standard program of every Iceland trip and covers the most important sights like Thingvellir, Geysir and Gullfoss.

The Blue Lagoon is also very easy to reach from the capital. The waterfalls Skógafoss, Seljalandsfoss and Dettifoss as well as the mosquito lake Mývatn are some of the country’s exciting attractions.

In winter there is the chance to observe northern lights on Iceland (Aurora Borealis). The best conditions prevail in mostly cloudless, dark nights from the end of September to mid-March. The time between 9 pm and 4 am is very promising. However, a forecast of the northern lights is only possible for a short time, so we recommend a tour with experienced providers such as Gateway to Iceland.

More information about the best things to do: Iceland

Reykjavik: Golden Circle Full Day Tour with Kerid Crater
Bus & Minivan Tours
4116 Reviews
from 60 $ »
Take a full-day tour of Iceland’s iconic Golden Circle. Experience the stunning natural scenery and see the spectacular Geysir area, Gullfoss waterfall, and Þingvellir National Park.
South of Iceland Full-Day Tour from Reykjavik
Tours
1737 Reviews
from 92 $ »
Explore the dramatic landscapes of the south of Iceland on a 10-hour tour from Reykjavik. Experience diverse nature at its best with waterfalls and black sand beaches. Walk behind the cascades of Seljalandsfoss and go the glacier snout at Sólheimajökull.
Jökulsárlón Glacier Lagoon Full-Day Tour from Reykjavik
Bus & Minivan Tours
1471 Reviews
from 145 $ »
Explore the highlights of the south of Iceland on a 14-hour sightseeing tour from Reykjavik. Travel along the impressive southern coast to the Glacier Lagoon at Jökulsárlón. Marvel at the waterfall Seljalandsfoss and much more.

May: 1.65 in
Rain in Reykjavík
Maximum Water Temperature

May: 6.2 hours/day
Sunshine in Reykjavík

Iceland: Experiences of our Visitors

There are 8 reviews for Iceland holiday already. Average rating is 4.1 of 5 stars.

We want to know: how was the weather during your Iceland holiday? You can win a travel coupon of 1000 $. The price will be raffled among all submissions. 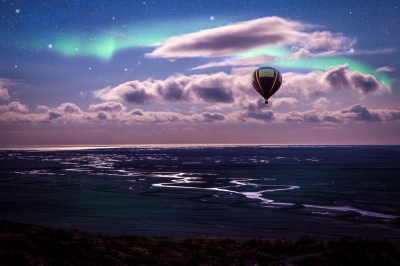 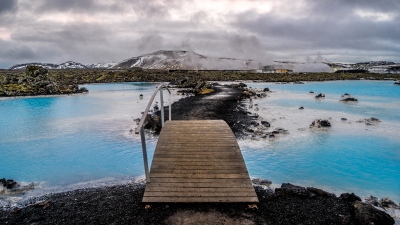 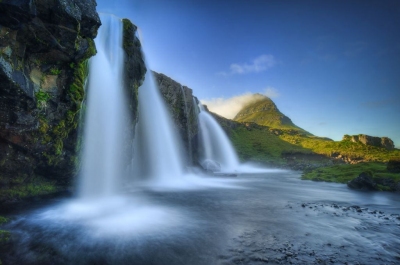