On this page, you will find information about the climate and the best time to visit Laos. We created climate tables and charts for the locations of Vientiane und Savannakhet. These contain details about temperatures, precipitation and more.

Furthermore, we analyzed all climate data and provide a recommendation about which months are best to visit Laos for your holiday.

About 6.5 million people live on an area of around 147000 square miles. This results in a population density of 29 inhabitants per square kilometre.

From north to south there is a mountain range which makes up about nine tenth of the country’s area. The highest mountain here is the Phua Bia with 2819 meters. The southwest is lowland, here lies the capital Vientiane.

The Mekong is the most important river of the country and about 1200 miles long on Lao territory and forms the border to Thailand and Myanmar. The mass tourism has not yet arrived in Laos, so the travel possibilities are limited mainly to guided discovery trips and individual tourism, especially backpackers.

There are airports in Vientiane, Luang Prabang, Pakse and Savannakhet. These are mainly served from the surrounding countries Thailand, Vietnam and Cambodia. 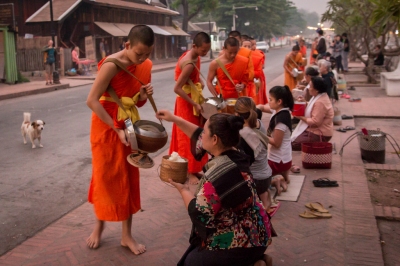 In Laos, the typical Southeast Asian tropical-warm climate prevails. The weather is determined by the monsoon season. Vientiane is located in one of the warmest areas. Temperatures here vary between 14 °C to 28 °C during the course of the year in January and April, temperatures of 23 °C to 38 °C can already be found. Due to its height, the north is the coolest part of the country, with an average rainfall of up to 0.08 in.

From May to October the rainy season dominates in Laos, so that a large part of the precipitation falls in this region. During this time, the humidity rises up to 86 percent and leads to a humid air. Temperatures are very hot at 30 °C, even at night the thermometer shows no less than 20 °C. From November to February there is still a period of 30 °C during the day, but night temperatures drop to 15 °C.

March and April are the hottest months of up to 35 °C, but due to the rather low humidity these values are quite bearable.

When to go to Laos?


The best time to travel is between October and March. The temperatures are in the pleasant range of 25 °C to 28 °C and there is only little precipitation. The humidity is also pleasantly low and makes travelling through Laos pleasant. A real insider tip is the month of November. Here the rainy season is just over and the landscapes are in full bloom.

The rainfall is very low, especially in the south of the country, and the roads are easily passable. If one speaks of a tourist high season in Laos, then these are usually the months December and January. The rainy season is less suitable for travelling through Laos. The partly unpaved roads in Laos are hardly passable here and many smaller places are not accessible for travellers during this time.

Find the best time to visit the regions (Laos) in the following overview.

In the following, you will find some climate tables for Laos, containing information about Temperatures, Precipitation, and Hours of Sunshine.
Show climate table for

Rainy season (months with more than 6.9 in of precipitation): May, June, July, August, and September
Overall precipitation in the rainy season: 55.59 in

You cannot expect snow in any month in Vientiane.

You cannot expect snow in any month in Savannakhet.

In northern Luang Prabang you will find the Kuang Si Falls as an attraction. These wonderfully beautiful waterfalls offer good bathing opportunities and a beautiful landscape. The Living Land Company has settled in the same place. Here you can simulate the life of a farmer for a few days. A great experience, especially for backpackers and individual travellers. Another highlight of the region is the Night Market, where you can enjoy culinary and cultural delights and discover a lot.

Vientiane: Wattay Airport Private Hotel Transfer
Transportation
2 Reviews
from 11 $ »
Avoid the hassle of public transport and long taxi lines with this private airport transfer service to or from your hotel in Vientiane city center.

Laos: Experiences of our Visitors

There are 1 reviews for Laos holiday already. Average rating is 4 of 5 stars.

We want to know: how was the weather during your Laos holiday? You can win a travel coupon of 1000 $. The price will be raffled among all submissions. 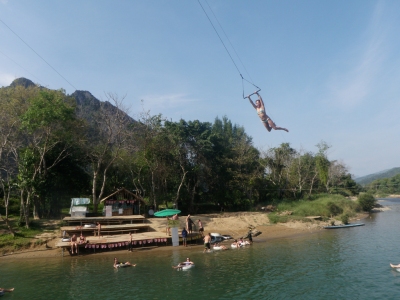 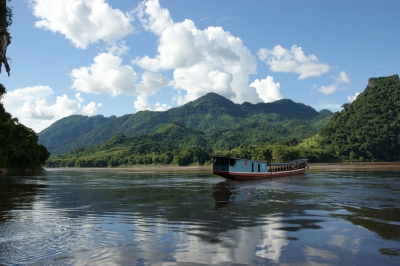 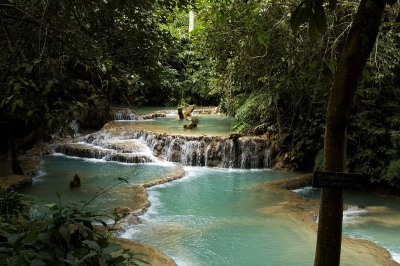 Do you know Laos?