On this page, you will find information about the climate and the best time to visit Nicaragua. We created climate tables and charts for the location of Managua. These contain details about temperatures, precipitation and more.

Furthermore, we analyzed all climate data and provide a recommendation about which months are best to visit Nicaragua for your holiday.

1. Geographical location
2. Climate in Nicaragua
3. Best Time to Travel for Nicaragua: Overview
4. When to go to Nicaragua?
5. Climate Chart Nicaragua
5.1 Climate Chart Managua
6. Climate Table Nicaragua
6.1 Climate Table Managua
7. Highlights and Attractions
8. Popular Activities
9. Current Weather and Forecast
10. Experiences of our Visitors
11. Share your Experience and Win
Nicaragua is a state in Central America bordering Honduras to the north and Costa Rica to the south.

Nicaragua’s west coast lies on the Pacific Ocean, where the country’s most important conurbations are located, while the eastern side of the Caribbean is very sparsely populated in many places.

Nicaragua owes its nickname “Land of a Thousand Volcanoes” to numerous active volcanoes that extend parallel to the Pacific coast, especially inland. The highest elevation is Pico Mogotón in the north at around 2440 metres.

The geography of the country is also characterised by two large lakes. Lake Nicaragua with several islands is the largest and lies in the southwestern part of the country. The capital of Nicaragua is Managua on Lake Managua in the west. 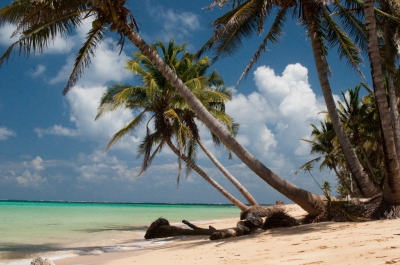 Nicaragua has a tropical or humid-warm climate with only minor temperature fluctuations. The coastal regions are quite constant at 30 °C to 34 °C day temperature and 20 °C to 23 °C night temperature. The hottest months are April and May, when temperatures of up to 39 °C can be reached on particularly hot days. Temperatures are also expected to fall with rising altitudes, with mountain regions reaching daytime temperatures of around 25 °C.

The rainy months are September and October, generally the rainy season in Nicaragua runs from the beginning of May to the end of October.

When to go to Nicaragua?


The best time to visit Nicaragua is during the dry season from November to April. At the end of the dry season, however, it can get very hot. In the months January to March there is almost no precipitation in Nicaragua’s west, but day temperatures of 34 °C and above. If you want to visit the rainforests in the Caribbean lowlands, we recommend February to April as the best time to travel.

In the rainy season from June to November a trip to Nicaragua is not recommended. Although the low season offers are attractive, the travel experience is clouded in many places by the unstable weather. Backpackers and long-term travellers can take this risk, but “normal” Nicaraguan travellers with stays of around two weeks should rather trust the best travel time. There is also the risk of hurricanes between July and October.

In the following, you will find the climate table for Nicaragua, containing information about Temperatures, Precipitation, and Hours of Sunshine.

You cannot expect snow in any month in Managua.


Nicaragua is an ideal country for round trips and can also be easily travelled by rental car. Even among Central American experts, Nicaragua is still a kind of insider tip and far from mass tourism. Enjoy the colonial flair of León and Granada, marvel at the picturesque lagoons on the Pacific or go on a voyage of discovery through adventurous cloud forests.

Also the Isla de Ometepe on Lake Nicaragua should not be missing on your route and can be combined wonderfully with a climb of the active Masaya volcano. From the hot springs in Aguas Termales to extensive bird watching in the jungle to the enchanting beaches of Salinas Grandes, Nicaragua will captivate you. Longer tours can also be combined with Costa Rica and Panama!

Managua: 4-Hour Guided Historical Walking Tour
Tours
from 541 $ »
Embark on a 4-hour guided sightseeing tour of Managua and see everything the Nicaraguan capital has to offer. Discover a history written by revolutionary heroes and artists, and admire breathtaking city views from the Tiscapa Lagoon.
Lake Cocibolca: Full-Day Retreat with BBQ Lunch
Tours
from 108 $ »
Escape the city and enjoy a relaxing day on a sustainable islet in Lake Cocibolca. Take a walk, kayak, or just chill and enjoy a natural paradise.
Managua: Private Half-Day City Tour
Tours
from 45 $ »
Join a half-day history tour and take a part of Managua with you. Visit the former Somoza Presidential House and house museums, before wandering along the shores of Lake Xolotlán.

Nicaragua: Experiences of our Visitors

There are 2 reviews for Nicaragua holiday already. Average rating is 4.5 of 5 stars.

We want to know: how was the weather during your Nicaragua holiday? You can win a travel coupon of 1000 $. The price will be raffled among all submissions. 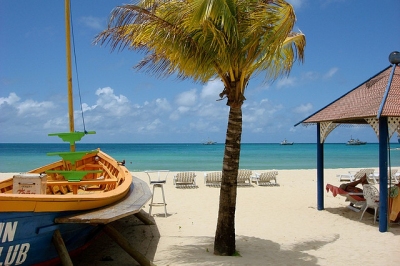 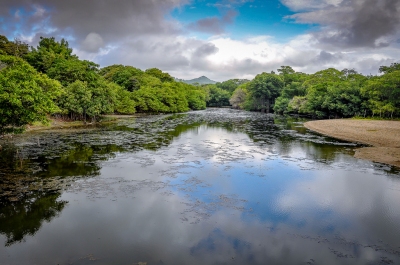 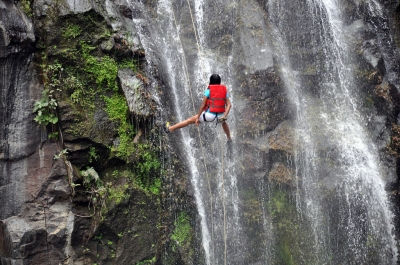