On this page, you will find information about the climate and the best time to visit Samoa. We created climate tables and charts for the location of Apia. These contain details about temperatures, precipitation and more.

Furthermore, we analyzed all climate data and provide a recommendation about which months are best to visit Samoa for your holiday.

Samoa covers an area of 1800 square miles and is home to around 190,000 inhabitants, reaching a population density of around 68 people per square kilometre. West Samoa was a German colony at the beginning of the 20th century, was occupied by New Zealand during the First World War and has been independent since 1962.

The Republic is located northeast of the Fiji Islands in the Pacific Ocean. The two largest islands of the state are Sava’i with 1100 square miles and Upolu with 690 square miles. Upolu is also the capital Apia with around 37,000 inhabitants.

Characteristic for Samoa are the mountainous topography and the densely overgrown slopes. 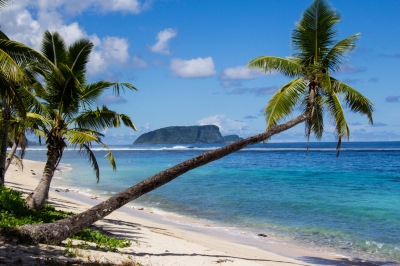 Typical for the situation in the South Pacific is the tropical oceanic climate. These warm and quite humid weather conditions all year round can also be found on Samoa. Day temperatures in the capital Apia are always between 29 °C to 31 °C, even at night it cools only slightly to around 23 °C. Rainfall lasts throughout the year, including the dry season on Samoa.

However, it becomes particularly humid in Polynesia’s rainy season, which occurs between mid-October and mid-April with constant southeast trade winds. In this period alone, rainfall averages over 86.61 in in Samoa. The islands are not in the direct hurricane belt, but can be cut irregularly by heavier tropical storms.

When to go to Samoa?


The best time to visit Samoa is between May and September. This part of the year is outside the rainy season and scores not only with less precipitation, but also with a significantly increased number of sun hours per day. Another decisive factor is the lower humidity, which makes a trip to Samoa much more pleasant.

July and August in particular are the driest months. Temperatures are around 29 °C, and the risk of hurricanes is close to zero at this time of the year. Nothing stands in the way of a beach and bathing holiday at water temperatures of 27 °C to 28 °C. The wettest month for travel, however, is January, which together with February and March also has the highest (often humid) temperatures.

In the following, you will find the climate table for Samoa, containing information about Temperatures, Precipitation, Water Temperatures, and Hours of Sunshine.

The maximum water temperature in Apia is 28 °C. You can take a bath at these temperatures.

Rainy season (months with more than 6.9 in of precipitation): January, February, March, April, October, November, and December
Overall precipitation in the rainy season: 86.85 in

You cannot expect snow in any month in Apia.


With the Robert Louis Stevenson Museum, the Immaculate Ceonception of Mary Cathedral and the Samoa Cultural Village, the capital offers three cultural highlights on Samoa. The beautiful lagoon To Sua Ocean Trench in Lalomanu and the Alofaaga Blowholes on Savai’s should also not be missing on your trip. In general, the focus in the South Seas is on natural highlights:

A special experience is the natural stone slide in the Papasee’a Pool, a swim in the pool below the Afu Aau waterfall on Savaii or swimming with sea turtles in the village of Satoalepai. Climbing over the suspension bridges between the treetops in the Falealupo Rainforest is an adventure.

Samoa is part of the holiday destination South Pacific Islands. We analyzed the climate for additional regions, in order to provide you with information about the best time to visit and the expected holiday weather:

All Holiday Destinations in Oceania
Proof of Image Sources

We want to know: how was the weather during your Samoa holiday? You can win a travel coupon of 1000 $. The price will be raffled among all submissions. 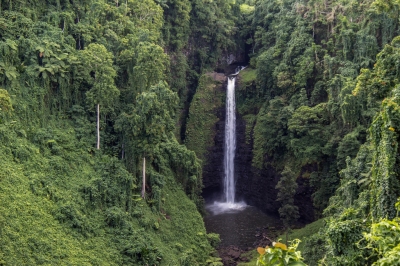 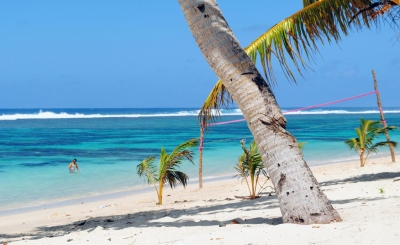 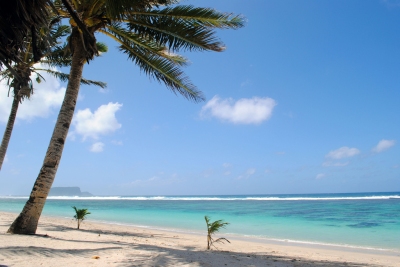