On this page, you will find information about the climate and the best time to visit Northern Territory. We created climate tables and charts for the locations of Alice Springs, Ayers Rock – Uluru und Darwin. These contain details about temperatures, precipitation and more.

Furthermore, we analyzed all climate data and provide a recommendation about which months are best to visit Northern Territory for your holiday.

The least populated state on the whole continent includes Darwin (in the top end) and Alice Springs in the centre as the main gateway to the Australian outback.

Colloquially, the entire Northern Territory is often referred to as Outback Australia, which does the tropical-green national parks in the north – above all Litchfield and Kakadu National Park – something wrong.

Popular travel routes through the Northern Territory lead from the top end by rental car or camper to the Red Centre and thus include all important sights of the region up to Kings Canyon and the world-famous Ayer’s Rock (Ulu?u).

Alternatively, the Ulu?u-Kata-Tju?a National Park in the Red Centre can also be reached directly by plane via its own Connellan Airport near Yulara. Connections are mainly via Cairns, Melbourne and Sydney.

The Australian Northern Territory can be divided into two very different climate zones. The centre of the country around the popular Ayer’s Rock area is dominated by a typical desert climate. The summer months are extremely hot, but it can get quite cold in winter.

Both in Alice Springs and deeper in the Red Centre, the temperatures between day and night are usually around 15 °C. Even hot days cool down after sunset. There is no real rainy season in the Red Centre, please also note the exact amounts of precipitation in our diagrams:

While Alice Springs receives an average of 40.0.31 in of rain in the wettest month of December, Darwin and the Top End easily reach ten times this amount. The entire tropical north is afflicted by a strong rainy season. Especially between mid-December and the end of March, strong monsoon rains threaten every year.

When is the best time to travel in the Northern Territory?


Since there is no real rainy season in the centre, the world-famous Ayer’s Rock (Ulu?u) can theoretically be visited all year round. However, the extreme heat during the Australian summer makes a visitor to the outback very strenuous and exhausting.

Between November and March, the 40 °C mark is often cracked even in the shade. At the same time, heavy monsoon rains pour down over the tropical north, making many roads and national parks impassable. Fortunately, these two weather extremes fall almost in the same period.

The best time to travel to the Northern Territory and Outback is from mid-April to early November. Especially the Australian winter months of June, July, August and September are perfect for round trips. Those who like it a little warmer will find very good conditions in May and October.

Find the best time to visit the regions (Northern Territory) in the following overview.

Months that have possible snowfall: June, and July

The maximum water temperature in Darwin is 28 °C. You can take a bath at these temperatures.

Rainy season (months with more than 6.9 in of precipitation): January, February, March, and December
Overall precipitation in the rainy season: 50.98 in

You cannot expect snow in any month in Darwin.


The Northern Territory is often simply referred to as Australia’s outback. This means regions far away from civilization with partly untouched nature and endless expanses. This is true, but it neglects the indescribable diversity of the Northern Territory.

In any case, we recommend a round trip to be able to absorb the many different aspects of this region with all senses.

The Kangaroo Sanctuary in Alice Springs, Mindil Beach in Darwin, Kakadu National Park with the holy Ubirr, the impressive Kings Canyon, Litchfield National Park and Katherine Gorge as well as the classics Uluru and Kata Tjuta (Olgas) are among the most popular sights in the Northern Territory.

More information about the best things to do: Australia

From Darwin: Litchfield Park Tour & Jumping Crocodile Cruise
Tours
386 Reviews
from 138 $ »
Explore Litchfield National Park on this full-day tour From Darwin. Take the Jumping Crocodile Cruise and cool off in the best swimming holes and waterfalls in the area.
From Alice Springs: Day Trip to Uluru with BBQ Dinner
Tours
262 Reviews
from 211 $ »
Journey into the heart of Australia’s Red Centre on a full-day tour from Alice Springs. Hike in the wilderness of Uluru-Kata Tjuta National Park and learn about the Aboriginal culture. Watch the sunset at the sacred rock of Uluru.
Yulara: Uluru & Kata Tjuta 25-Minute Helicopter Experience
Tours
254 Reviews
from 194 $ »
Combine Uluru and Kata Tjuta on a 25-minute flight with pickup from Yulara. Embark on a must-do experience to appreciate these two spectacles fully from the air.

Northern Territory is part of the holiday destination Australia. We analyzed the climate for additional regions, in order to provide you with information about the best time to visit and the expected holiday weather:

All Holiday Destinations in Oceania
Proof of Image Sources

Northern Territory: Experiences of our Visitors

There are 1 reviews for Northern Territory holiday already. Average rating is 3 of 5 stars.

We want to know: how was the weather during your Northern Territory holiday? You can win a travel coupon of 1000 $. The price will be raffled among all submissions. 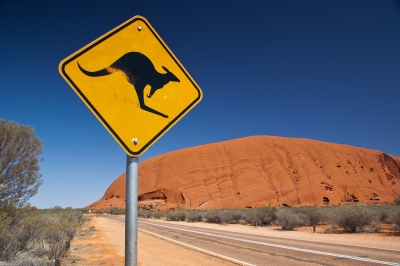 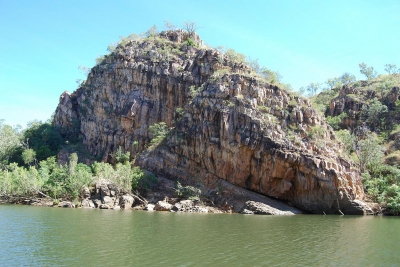 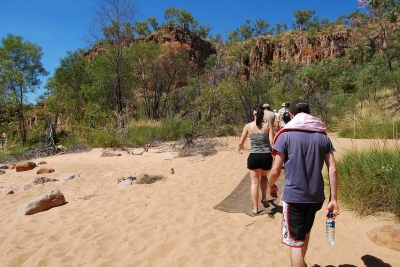