Things to do in Cyprus: Attractions and places to visit

Cyprus is an island in the eastern Mediterranean Sea with a long and eventful history. From here you can quickly get to Turkey by ship, and trips to Greece and Egypt are also possible. The capital, Nicosia, is today the only European capital divided into two parts: the southern part belongs to the Republic of Cyprus and the northern part to the Turkish Republic of Cyprus.

Likewise, the country is divided into two parts, the northern and southern part. Therefore, the people on the island speak Greek and Turkish. Besides the idyllic nature and the beautiful beaches there are many historical sights, monasteries, castles and Roman ruins on the Mediterranean island.

Below we present you the most exciting tours, the most beautiful attractions and the best sights in Cyprus:

TOP10 Things to do in Cyprus: Table of Contents 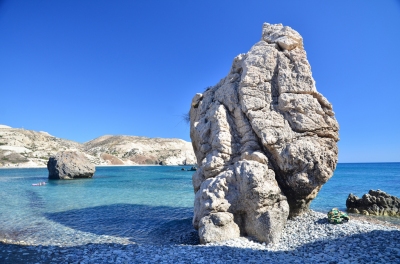 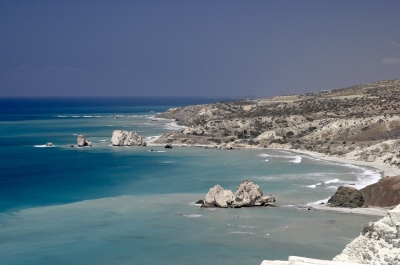 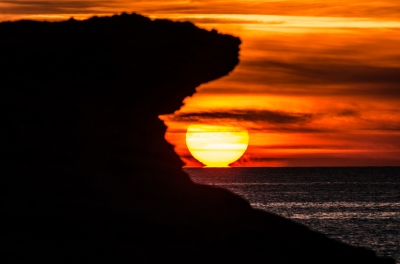 Kourion was once the city of the ancient kingdom with the same name. The remains that we still have today all date back to Roman times. The Roman ruins of Kourion are among the most impressive archaeological sites on the island of Cyprus. One of the most important testimonies of the Roman city is the Greek-Roman amphitheatre, built in the 2nd century BC.

The theatre is still used for open-air events, especially in summer. In addition, some houses were excavated in the city, in which well-preserved ground mosaics were found. In the House of Achilles, for example, mythological scenes are depicted and in the House of Gladiators the bloody games are depicted. Zude there is a spa, a Roman agora and an early Christian basilica.

2. Salamis and the King’s Tombs

The ruin of Salamis offers further archaeological sights. The ruins located in northern Cyprus mostly date back to late Roman and Byzantine times. The city is said to have been founded by heroes of the Trojan War. In the course of time it became an important centre within the eastern Mediterranean.

Here, too, you will find a theatre that once accommodated 15,000 people, a thermal grammar school with magnificent marble columns and the remains of two early Christian basilicas. The necropolises represent a special find. One knew already before of them, why the area was combed through by plunderers. At the beginning of the excavation in 1957, however, a “king’s grave” was found that had not been plundered.

The Blue Lagoon is a bathing bay between Polis and Paphos. The name comes from the crystal clear water and the pure, white sand. The bay is about ten kilometres from the town of Latchi and can only be reached on foot or by boat. At certain times the water should turn into a dark blue and then into a bright turquoise, depending on the sunlight.

The average depth of the water is one to one and a half metres, and you can wade through the water up to 80 metres in complete relaxation. The Blue Lagoon is one of the most popular sights of Cyprus, with boats constantly sailing from Latchi to the beach. The idyllic Latchi is also worth a visit.

Kourion: Self-Guided Archaeological Site Walking Tour
Tours
from 6 $ Â»
Immerse yourself in Kourionâ€™s millennia-long history as you walk among the ancient ruins of this coastal city with a self-guided walking tour.
Grape Escape: Troodos Mountain Wine Tour with a Local
Tours
23 Reviews
from 82 $ Â»
Discover the Troodos Mountains with a local guide on a small-group tour. Enjoy food and wine tastings. Explore a quaint village and visit a family winery.
Welcome to Nicosia: Private Tour with a Local
Tours
19 Reviews
from 44 $ Â»
Get an insider’s perspective on all the attractions of Nicosia on a walking tour with a local. Transform the way you travel and make it more about the people you meet than the things you do! Discover the best places to eat, drink, shop and play.

Ă“modos is a quiet little village with only a few hundred inhabitants, situated on the southern slope of the TrĂłodos Mountains. The village is one of the most beautiful sights of Cyprus. Ă“modos is surrounded by numerous vineyards and is also famous for its knitting factories.

In the centre there is an old and beautifully designed monastery. By the way, it is worthwhile to hike through the whole TrĂłodos mountain range. In the many small villages there are traditional and beautifully decorated churches. It is a great opportunity to explore the hinterland of Cyprus.

KolĂłssi is a medieval castle near the village of the same name. It was built in 1210 by the Knights of the Order of St John and served as the Grand Master’s quarters. The present form is based on the reconstruction by the Grand Master Louis de Magnac. The square castle is 23 meters high and the walls are 2.5 meters thick. The castle is entered via a drawbridge, an ornamental oriel protects the access to the interior.

The entrance leads directly to the dining room. From there you can visit the other rooms of KolĂłssi: the dining room, the living rooms, the kitchen. A staircase leads to the flat roof. Nearby there is an old mill and a sugar factory as well as a small church, which served the knight as a castle chapel.

The Byzantines also built their castles in Cyprus. At first, a hermit settled here in Northern Cyprus. Then a church was built here, finally a monastery and in the 10th/11th century the Byzantines built a fortress here. The complex, popularly known as the “castle of 1000 chambers”, was to guard the pass road from Kyrenia to Nicosia.

In 1191 St. Hilarion was conquered by the crusaders and finally handed over to the Franks. In the 13th century it was converted into a summer residence. The castle offers an excellent view over the sea. In good weather you can see the ships departing on the Turkish side. Beside the view and the historical ruins there is also a museum up here.

Cyprus: Mountain Towns and Cheesemaking Day Trip with Brunch
Tours
from 116 $ Â»
Learn how to make traditional halloumi and Anari cheeses with a local guide on this full-day trip in the Troodos Mountains. Taste a variety of local cheeses and have an authentic Cypriot brunch.
From Nicosia: Half-Day St. Hilarion Castle & Bellapais Tour
Tours
6 Reviews
from 93 $ Â»
Join a tour of Kyrenia for a half-day to remember. See the most amazing sites on Five Finger Mountains and visit St. Hillarion Castle and Bellapais village.
Nicosia and Kyrenia Full-Day Sightseeing Tour
Tours
15 Reviews
from 106 $ Â»
See the sights of Cyprus on both sides of the border on a full-day sightseeing tour of the Five Finger Mountains, Bellapais Abbey, Saint Hilarion Castle and the walled city of Nicosia.

The Karpaz peninsula in northern Cyprus is an insider tip for nature lovers. Here it is possible to hike extensively in a largely untouched nature. And then there are the peaceful beaches. The peninsula is still largely undecided as far as tourism is concerned, in order to explore the peninsula, one has to take some initiative and adventure on one’s own.

Karpaz is a very sparsely populated area with a varied landscape. A highlight is the “Golden Beach” of Karpaz, one of the most picturesque sights of Northern Cyprus and at the same time the most beautiful beach on the northern half. In addition to the largest population of turtles, there is also a breeding facility for endangered animals, which can be visited.

If you prefer the west of Cyprus and still want to roam through nature, you should visit the AkĂˇmas Peninsula. For a long time this part of the country was almost untouched. Virtually no buildings were built here, no tourists visited the region. The AkĂˇmas Peninsula is home to 186 species of birds, 16 species of butterflies, monk seals, snakes and other reptile species.

Many species are found nowhere else in Cyprus. Also the flora is more than interesting, above all cypresses and eucalyptus trees grow here. The AkĂˇmas Peninsula is above all a popular destination for hikers and mountain bikers who want to enjoy nature far away from worn out tourist trails.

The city of Paphos can look back on a long history. Allegedly the Greek goddess of love came out of the sea near the rock of Aphrodite. Since the 15th century BC, the city was inhabited, later occupied by the Romans, plundered by the Arabs and finally reconquered by the Crusaders. Then she atrophied to a sleepy fishing village.

Until Roman mosaics were once found in the ground. Due to the restructuring of Cyprus after the division, the country’s second largest airport was built here. Today Paphos is the first cultural capital of the island. Many relics from Roman times could be found, also the Ptolemaic royal tombs of Nea Paphos are among the exciting sights.

From Paphos: Akamas Panoramic Walk
Tours
1 Review
from 149 $ Â»
Explore Akamas and Aphrodite’s playground. Take in views of the Bay of Polis, from Cape Arnaouti to Pomos, and enjoy a walk to Moutti tis Sotiras peak.
From Nicosia: Famagusta and Ghost Town Tour
Tours
10 Reviews
from 320 $ Â»
Learn the history of Famagusta and life in Cyprus today as you cross the mountains and Mesaoria plain. Visit the largest Roman amphitheater on the island and discover a ghost town abandoned in 1974.
Welcome to Limassol: Private Tour with a Local
Tours
8 Reviews
from 44 $ Â»
Get an insider’s perspective on all the attractions of Limassol on a walking tour with a local. Transform the way you travel and make it more about the people you meet than the things you do! Discover the best places to eat, drink, shop and play.

The KĂ˝kkos monastery is situated at an altitude of 1100 metres in the TrĂłodos Mountains. The monastery was founded in the 11th century by the hermit Isaias, after this hermit had cured the then governor Manuel Voutoumetes of a gout. In thanksgiving, the hermit received an icon of the Virgin Mary from Constantinople, which is said to have been made by the evangelist Luke himself.

The icon is still in the monastery today, covered by a wooden board, which is equipped with silver and gold fittings. This jewellery was donated by the Byzantine emperor himself. Even today, the magnificent monastery attracts pilgrims from the Orthodox world. At the same time, the complex and the museum, in which many religious artefacts are exhibited, can also be visited as a tourist.

More things to do and activities for your Cyprus holiday

We recommend the following months as best time to travel for exploring the attractions and acivities of Cyprus:

You can find more information about the weather, including all climate data, on our climate page for Cyprus.

You already did a Cyprus holiday and know other sights or interesting places? Then share your travel tips with us and our website visitors. Among all submissions, we’re giving away a travel voucher worth 1000 $.