On this page, you will find information about the climate and the best time to visit Kusadasi. We created climate tables and charts for the location of Kusadasi. These contain details about temperatures, precipitation and more.

Furthermore, we analyzed all climate data and provide a recommendation about which months are best to visit Kusadasi for your holiday.

1. Geographical location
2. Climate in Kusadasi
3. Best Time to Travel for Kusadasi: Overview
4. When to go to Kusadasi?
5. Climate Chart Kusadasi
6. Climate Table Kusadasi
7. Highlights and Attractions
8. Popular Activities
8.1 More Attractions
9. Current Weather and Forecast
10. Turkey: Regions
11. Experiences of our Visitors
12. Share your Experience and Win
The city of Kusadasi is located on the Turkish Aegean Sea in the province of Aydin, around 62 miles south of Izmir.

Approximately 102,000 people live on an area of 140 square miles in Ku?adas?. Kusadasi and the entire Turkish Aegean are a popular holiday region, which is far less crowded than the tourist strongholds of the Turkish Riviera.

Kusadasi lies about 50 miles south of Izmir and about 93 miles north of Bodrum. Numerous beaches line the surrounding countryside, the bay of Kusadasi is considered the most picturesque of the entire Aegean.

The city is a popular port for cruise ships in the high season. Both package holidaymakers and individual travellers usually land at Izmir airport, the transfer time is about one hour. 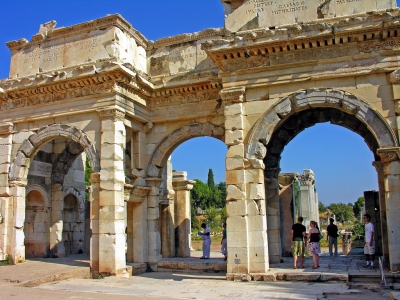 The Mediterranean climate in Kusadesi is characterized by mild temperatures in winter and high dry weather conditions in summer. At the beginning of the year you will find mild weather with temperatures of 12 °C to 14 °C, which can already climb up to 24 °C on the Turkish Aegean in May. In the months of July and August the maximum of around 32 °C is reached, rainfall is very rare.

At night temperatures drop to a minimum of 22 °C in summer. In the winter months of November and December, however, it gets quite cool and humid. Kusadasi reaches maximum temperatures of 14 °C between December and March, and precipitation can rise to 5.98 in in December and January. With the beginning of spring, the Aegean is quickly becoming friendlier again, but the water temperatures are not ready for bathing until mid-May.

When to go to Kusadasi?


The best time to visit Kusadasi (Turkish Aegean) is between June and September. The excellent Mediterranean weather conditions ensure a first-class holiday experience. The water temperatures never fall below 16 °C during the course of the year and even reach values of up to 25 °C in the months of July to September. Nothing stands in the way of extensive bathing in the Mediterranean.

The mild nightly temperatures also invite you to stay outside in the evening. In the months November to March we advise against a trip to Kusadasi. Temperatures are now falling significantly and the likelihood of precipitation is increasing considerably. In December, up to 5.98 in can fall on 14 rainy days in the Turkish Aegean.

In the following, you will find the climate table for Kusadasi, containing information about Temperatures, Precipitation, Water Temperatures, and Hours of Sunshine.

The maximum water temperature is 25 °C. You can take a bath at these temperatures.

Months with water temperature of at least 17 °C (Limited bathing is possible):
all except February, and March


An absolute highlight for families with children is the Adaland water park, which offers an exciting day trip and a refreshing alternative to daily beach visits. Besides the city beach you will find the picturesque Long Beach, Silver Beach, Kad?nlar Beach and Ladies Beach just outside of Kusadasi.

There is a lot to discover culturally in the region: Next to Kusadasi Castle and Gazi Begendi Park, the archaeological sites of Ephesus and the house of Mother Mary attract visitors. The bazaars in the pretty alleys of the city also offer exciting impressions and an Oriantal commercial flair. The bird island connected to the mainland is also one of the most important sights of Kusadasi and gives its name to the city (Kusadasi = bird island).

Ruins of Ephesus & The Temple of Artemis Small Group Tour
Tours
10 Reviews
from 35 $ »
Take a journey back in time and explore the ancient ruins of Ephesus on this guided small-group tour. Admire the Library of Celsus, and The Grand Theater. As a grand finale, see the Temple of Artemis, one of the seven wonders of the ancient world.
Pamukkale Small Group Tour from Kusadasi & Selcuk
Bus & Minivan Tours
7 Reviews
from 51 $ »
Enjoy a small group tour visiting Pamukkale and Hierapolis with a licensed English speaking guide and comfortable A/C van.
Ephesus: Private Shore Excursion from Kusadasi or Izmir
Tours
2 Reviews
from 40 $ »
Travel back in time and visit the ruins of Ephesus on a full-day tour from Izmir or Kusadasi. Stroll down marble streets to see the remains of temples, statues and Roman baths. And go to the house where the Virgin Mary spent her final days.

Kusadasi is part of the holiday destination Turkey. We analyzed the climate for additional regions, in order to provide you with information about the best time to visit and the expected holiday weather:

Kusadasi: Experiences of our Visitors

There are 3 reviews for Kusadasi holiday already. Average rating is 5 of 5 stars.

We want to know: how was the weather during your Kusadasi holiday? You can win a travel coupon of 1000 $. The price will be raffled among all submissions. 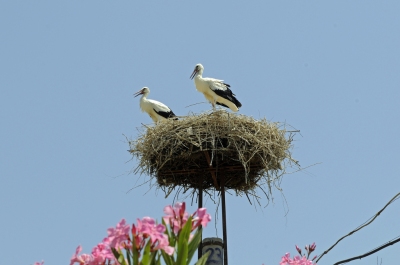 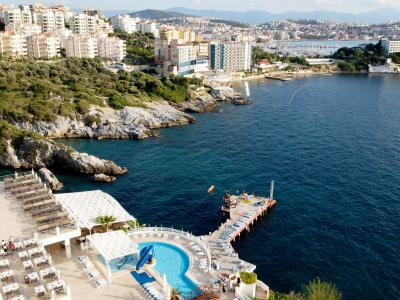 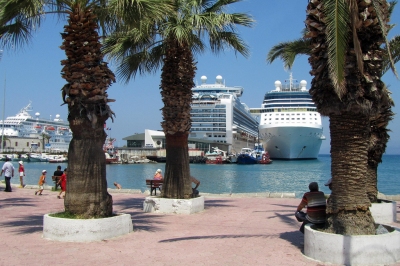