On this page, you will find information about the climate and the best time to visit Sharm El Sheikh. We created climate tables and charts for the location of Sharm El Sheikh. These contain details about temperatures, precipitation and more.

Furthermore, we analyzed all climate data and provide a recommendation about which months are best to visit Sharm El Sheikh for your holiday.

The town extends at the southern end of the Sinai Peninsula from the Strait of Tiran to the Gulf of Sues. The “City of Peace” is divided into Sharm El Maya, the old town with the traditional market and the holiday resorts Ras Nasrani, Nabq and Naama Bay.

The population grew mainly due to tourism. Today, many of the approximately 73,000 inhabitants are immigrants from other parts of the country. Situated on the Red Sea, Sharm el Sheikh’s coastline is characterised by fine sandy beaches and extensive coral reefs.

These are located, for example, in Ras Mohammed National Park, a narrow coastal strip at the southernmost point of the Sinai Peninsula. The Nabq nature reserve is home to the northernmost mangrove forest in the world. The Sharm el Sheikh hinterland is a rocky desert landscape with no significant settlements.

Sharm el Sheikh, like the rest of the country, has a dry desert climate with very low annual rainfall. The sun shines between 8 and 13 hours a day. In the summer months April to September average temperatures of 32 °C and water temperatures of 26 °C prevail.

The highest values are reached in July and August. The mercury climbs above 40 °C, while the wind from the sea makes you feel lower temperatures. From October to March it is on average 7° colder, at night the thermometer sinks to lowest values of 10° C. There’s almost no rain at all.

When is the best travel time for Sharm el Sheikh?


Due to its constant climate Sharm el Sheikh can be visited all year round. The water is warm enough for bathing in all seasons. If you want to get a bargain, you should travel to Sharm el Sheikh in spring between March and May. In the low season, the town has fewer holidaymakers than in the summer months of June to August.

The best travel time for divers is between September and November, when water temperatures are high enough to dive without a wetsuit. In addition, the best visibility conditions under water prevail at this time. In the hinterland the temperatures are felt to be warmer than on the coast. Visitors wishing to tour the desert or Mount Sinai should consider the cooler months of January and February.

All in all we can recommend April to October as the best travel season for Sharm el Sheikh and exclude the two high season months July and August in the sense that the heat in high summer can be enormous and that you therefore have to pay attention to sufficient rest and hydration. But logical – after all, it’s a holiday!

In the following, you will find the climate table for Sharm El Sheikh, containing information about Temperatures, Precipitation, Water Temperatures, and Hours of Sunshine.

The maximum water temperature is 29 °C. You can take a bath at these temperatures.


Sharm el Sheikh is especially known for its diving areas. In Ras Mohamed National Park alone there are six underwater areas with their very own charm. The plankton-rich water attracts over 1000 species of fish, including sharks, moray eels and barracudas. Those who do not want to go into the water can marvel at the fascinating coral gardens during a trip with the glass bottom boat or the submarine. A popular destination for a boat trip is the island of Tiran. Visitors cannot go ashore because Tiran is a military spear territory. However, the coral reefs off the coast are perfect for diving and snorkeling. In addition to colourful schools of fish, there are also larger marine animals such as eagle rays, Napoleon wrasse, sharks and sea turtles.

Also on land Sharm el Sheikh has natural beauties to offer. The desert may seem hostile to life, but Bedouins have lived here for centuries. Visitors experience their hospitality on a desert safari. After dinner by candlelight in a traditional Bedouin tent, we go on to observe the stars. The Milky Way shines far away from disturbing lights in a splendour of which one can only dream in the city. However, the most popular excursion destination in the vicinity of Sharm el Sheikh is the Katharinenkloster monastery, where monks have lived since the 6th century. The collection of old folios and relics is second to none. If you want to see a particularly beautiful sight, you can start in the early morning hours and watch the sunrise on the summit of Mount Sinai.

More information about the best things to do: Egypt

Private Sharm El Sheikh Airport Transfers
Transportation
112 Reviews
from 9 $ »
Take the worry out of your arrival at Sharm El Sheikh Airport and book a private transfer to your Sharm El Sheikh hotel. Travel in comfortable air-conditioned vehicles and get a door-to-door service with professional drivers.
From Sharm El Sheikh: Cairo Full Day Tour by Plane
Tours
107 Reviews
from 282 $ »
Enjoy a tour to Cairo from Sharm El Sheikh by air to discover some of this historic city’s most amazing sights and landmarks. Visit the iconic Great Pyramids and Great Sphinx, explore the Egyptian Museum, and visit the impressive Khan El Khalili Bazaar.
From Sharm: Mount Moses Trekking, Sunrise & Monastery Visit
Tours
77 Reviews
from 56 $ »
Hike to the top of Mount Sinai and marvel at the incredible sunrise from the summit. Browse through manuscripts at St Catherine’s Monastery.

Sharm El Sheikh is part of the holiday destination Egypt. We analyzed the climate for additional regions, in order to provide you with information about the best time to visit and the expected holiday weather:

We want to know: how was the weather during your Sharm El Sheikh holiday? You can win a travel coupon of 1000 $. The price will be raffled among all submissions. 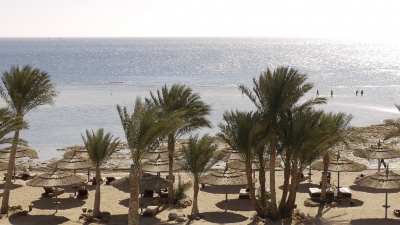 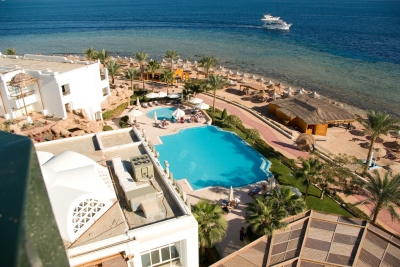 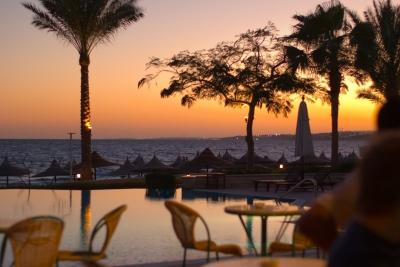