On this page, you will find information about the climate and the best time to visit Tenerife. We created climate tables and charts for the location of Santa Cruz de Tenerife. These contain details about temperatures, precipitation and more.

Furthermore, we analyzed all climate data and provide a recommendation about which months are best to visit Tenerife for your holiday.

The official language is Spanish, the official currency is the Euro. Tenerife has an area of over 1200 square miles and is divided into three regions.

The metropolitan region around the capital Santa Cruz is the economic centre of the island, with a large harbour and the old town of La Laguna, which has been declared a World Heritage Site.

The south of the island is the most important region for tourism, Los Christanos and Playa de las Américas are the tourist centres here. 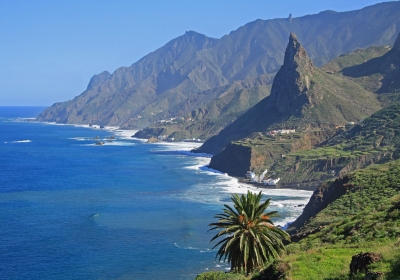 The climate on Tenerife is very pleasant all year round, not without reason one speaks of the “island of eternal spring”. However, there are regional differences due to the influence of the northeastern trade wind. In the north of Tenerife lies the coast facing the wind, while the south lies in the wind-protected area.

It is therefore not a rare phenomenon that the sun shines on one side of the island while the other half is shrouded in clouds. In general, however, Tenerife is considered to be extremely sunny, dry and pleasant with an oceanic-tropical climate.

In summer it is warm with daytime temperatures between 26 °C to 29 °C, even in winter the 20 °C mark is usually exceeded during the day. At night temperatures oscillate between 16 °C to 21 °C during the year. From the beginning of June to mid-December, the Atlantic has a pleasant annual water temperature of 20 °C to 23 °C (September).

When to visit Tenerife?


Tenerife is a true year-round destination and, together with the other Canary Islands, is also a popular refuge for sun-seekers in winter. It is dry all year round, most rain falls between December and February, but even these months with a maximum rainfall of 1.46 in are by no means considered rainy in the capital, for example.

However, we recommend the summer months as the best time to travel on Tenerife. The season starts around the end of April, and the travel season from the beginning of June to the end of October is particularly ideal. The warmest month of travel is August, the most hours of sunshine in Tenerife are statistically seen in July.

In the following, you will find the climate table for Tenerife, containing information about Temperatures, Precipitation, Water Temperatures, and Hours of Sunshine.

The maximum water temperature is 23 °C. You can take a bath at these temperatures.


The old town of La Laguna has been declared a UNESCO World Heritage Site and is the cultural highlight of the island. Tenerife is not only known for its beautiful beaches, but also for its impressive hinterland. Hiking tours along the crater Las Canadas or through the Anaga Mountains are highly recommended. Here you can enjoy a wonderful panoramic view.

The port of the capital Santa Cruz is a meeting point for every Tenerife traveller. Here one finds beautiful shopping possibilities and nice restaurants. Other highlights of the island are the famous Loro Parque, the Teide National Park around the volcano of the same name and the breathtaking Masca Gorge. Families with children love Siam Park, which calls itself “Europe’s largest water park”.

More information about the best things to do: Tenerife

Tenerife is part of the holiday destination Canary Islands. We analyzed the climate for additional regions, in order to provide you with information about the best time to visit and the expected holiday weather:

Tenerife: Experiences of our Visitors

There are 39 reviews for Tenerife holiday already. Average rating is 4.4 of 5 stars.
Show additional experiences for Holiday weather of Tenerife

We want to know: how was the weather during your Tenerife holiday? You can win a travel coupon of 1000 $. The price will be raffled among all submissions. 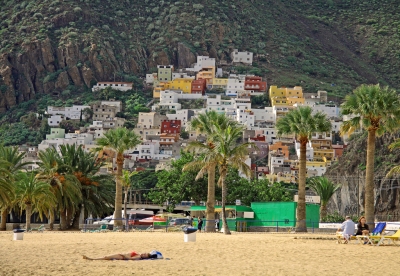 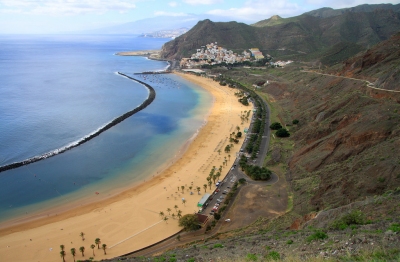 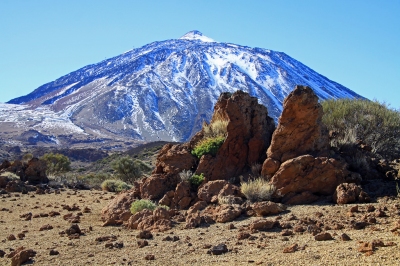