Best Time to Visit The Netherlands

On this page, you will find information about the climate and the best time to visit The Netherlands. We created climate tables and charts for the locations of Amsterdam und Maastricht. These contain details about temperatures, precipitation and more.

Furthermore, we analyzed all climate data and provide a recommendation about which months are best to visit The Netherlands for your holiday.

The parliamentary monarchy is bounded in the north and west by the North Sea, in the south by Belgium and in the east by the Federal Republic of Germany.

Approximately one fifth of the total area of the country is covered with water. The kingdom as a whole is very flat, the highest elevation on the mainland is at Vaalserberg in the south and reaches a height of 322.5 metres.

The most important rivers are the Meuse, the Rhine and the Scheldt. The capital is Amsterdam, but the government is based in The Hague.

The term Holland actually refers to the north-western part of the Netherlands, but it is used colloquially for the whole country.

The Kingdom of the Netherlands includes the mainland and the European islands as well as overseas territories such as Aruba, Bonaire, Curaçao and Sint Maarten in the Caribbean.

Climate in the Netherlands 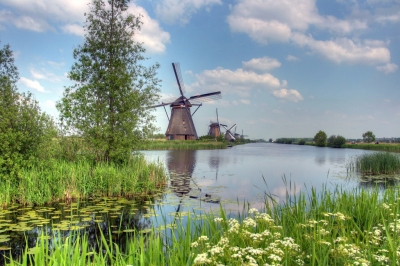 The Netherlands enjoys a moderate maritime climate, which is due to its proximity to the North Sea and the situation in Central Europe. The climate is characterized by not too warm summers and relatively mild winters. The seasons show only slight temperature differences to each other. In winter, the North Sea acts as a heat reservoir. As a result, temperatures are not too low.

The climate on the border with Germany and Belgium in the southeast of the Netherlands is characterised by moderately cold winters and slightly higher summer temperatures. Snow can also fall on the tops of the hilly landscape, which is an exception on the coast or on islands. Strong storms in the coastal regions and on the islands are normal from October to February. The precipitation days spread quite evenly over the whole year.

When to visit the Netherlands?


The best time for a beach holiday in the Netherlands is the summer months from June to August. In June and July the days are long and in August the North Sea has reached a temperature suitable for swimming. In spring and autumn you can also travel to the sea to take beach walks in moderate winds. If you are planning a city trip, you should also travel from May to September.

Find the best time to visit the regions (The Netherlands) in the following overview.

Months with water temperature of at least 17 °C (Limited bathing is possible):
July, August, and September


The capital Amsterdam has its very special charm through the canal belt that leads through the city. You can explore it on foot or on a canal trip and see other sights such as the Westerwerk or the Anne Frank House.

Keukenhof is a park with 7 million bulbs surrounded by tulip fields. Another attraction is the cheese market in Alkmaar, which takes place on Friday mornings during the summer months. Popular destinations in Holland include Ameland, Zeeland, the island of Texel, Scheveningen and Zandvoort.

More information about the best things to do: Amsterdam

Amsterdam: Van Gogh Museum Ticket
Culture & History
12819 Reviews
from 21 $ »
Don’t miss out on the Van Gogh Museum. With these exciting tickets, see hundreds of paintings, drawings, and letters by the Dutch master himself. Gain entry at your selected time slot.
Amsterdam: GVB Public Transport Ticket
Bus & Minivan Tours
10323 Reviews
from 9 $ »
Discover Amsterdam at your own pace and enjoy unlimited travel for 1 to 7 days on all trams, buses, ferries and the metro (day and night) for the number of days that best suit your schedule.
Amsterdam: 1.5-Hour Evening Canal Cruise
Tours
8519 Reviews
from 22 $ »
See Amsterdam at its most picturesque on a 1.5-hour canal cruise by night. Discover the historic city center as you sail past the Skinny Bridge, Golden Bend, and more. Marvel at the illuminated merchant houses and learn where the local hotspots are.

May: 7 hours/day
Sunshine in Amsterdam

Distances to The Netherlands

The Netherlands: Experiences of our Visitors

There are 7 reviews for The Netherlands holiday already. Average rating is 3 of 5 stars.

We want to know: how was the weather during your The Netherlands holiday? You can win a travel coupon of 1000 $. The price will be raffled among all submissions. 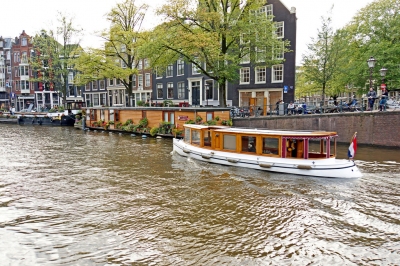 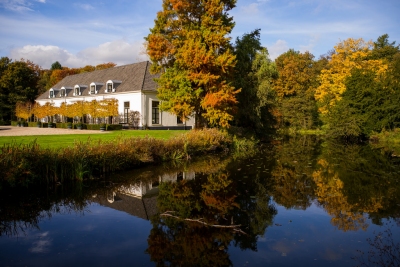 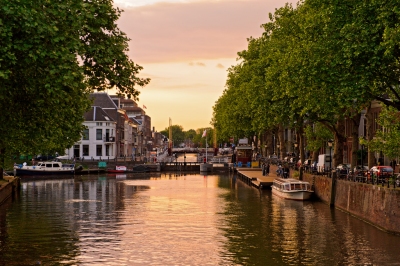 Netherlands from the air