Here, you will find information about the climate and the best time to travel for the holiday destination United Arab Emirates. The destination consists of the following regions: Abu Dhabi, Dubai und Ras al-Khaimah.

Finally, we analyzed all climate data and conclude with a recommendation for the best time to travel for all regions of the destination United Arab Emirates. So you will know which months have the best weather for your holiday.


The United Arab Emirates (UAE) are located in the southwestern part of Asia on the Arabian Peninsula. It is a federation on the Persian Gulf, to which Ras Al Khaimah (Ra’s al-Chaima), Fujairah (Fujairah), Ajman (Ajman), Sharjah (Sharjah) and Umm al-Quaiwain belong alongside the very well-known Emirates of Dubai and Abu Dhabi.

The capital of the United Arab Emirates is Abu Dhabi, the country’s second largest city after Dubai (2.2 million inhabitants) with a population of around 625,000. Head of state and president is Sheikh Chalifa bin Zayid Al Nahyan.

The Emirates were under the protectorate of the United Kingdom for a long time and have only been independent since 1971. Due to its enormous oil reserves, the UAE experienced a rapid rise and made the region one of the richest countries in the world.

In the meantime, tourism is not only a very important pillar of the economy in the metropolis of Dubai, all other Emirates are also increasingly opening up to tourism. While Dubai and Abu Dhabi are still quite expensive, neighbouring Emirates such as Ras Al Khaimah tend to opt for classic package tour concepts at lower prices and even offer all-inclusive catering with alcohol bar in many resorts.

All capitals of the United Arab Emirates have their own international airports. Abu Dhabi with Etihad Airways and Dubai with Emirates even have two of the world’s leading state-owned airlines. Sharjah is home to the low-cost airline Air Arabia.

In addition, the airports are served by countless scheduled and charter airlines. Dubai is currently the world’s largest airport with the expansion of the new Dubai World Central International Airport.

Climate in the United Arab Emirates


The UAE climate is tropical to subtropical and very dry in most regions. Especially in summer, daytime temperatures above 40 °C are regularly measured on the coast, in calm inland the thermometer can climb even higher. The climate in the United Arab Emirates is desert and, with the exception of the cooler Hajar Mountains, warm to hot all year round.

The large differences between day and night temperatures are pleasant. In most areas of the Emirates the difference is around 10 °C to 12 °C. So while the daytime temperature in Dubai, for example, is around 41 °C between July and August, the temperatures cool down to 29 °C at night. In the coldest month of January, it reaches around 24 °C during the day, and then cools down to its annual low of around 14 °C at night.

In summer, the climate in the UAE is often unbearably hot, which is supported above all by very high humidity in the coastal regions. Basically, the weather remains more pleasant further east, for example in Fujairah, due to a slightly fresher wind. The water temperatures in the Persian Gulf and the Gulf of Oman are between 21 °C in winter and about 32 °C in midsummer.

Rainfall is extremely rare in Dubai, Abu Dhabi, Ras Al Khaimah and Co. and usually only for a few minutes. The rainy season is February with a maximum rainfall of 1.42 in throughout the month. For comparison: In Munich, February is the driest month of the year with an average rainfall of 45.0.08 in. Rain in the Emirates is a very rare and extraordinary spectacle and does not play a role in travel planning.


In principle, the United Arab Emirates (UAE) can be visited all year round without any problems. Between May and October, however, temperatures consistently climb to over 35 °C every day, which many travellers find too hot. Of course also in this travel time in Dubai, Abu Dhabi, Fujeirah, Ras Al Khaimah or Sharjah a mad bath vacation is possible.

Although most of the attractions are equipped with air conditioning, physical activities are unthinkable. Even the exploration of the city or excursions are very difficult, especially in July and August. Those who don’t mind such high temperatures will find very good travel offers in return, as many hotels reduce their prices in summer, sometimes very significantly.

However, we recommend the period from mid-February to the end of April and autumn from the end of October to mid-December. As described above, determining the best travel time in the UAE is more of a luxury problem, because you never have to expect bad weather. Therefore the time in December and January is of course well suited, but here it gets a bit fresh for swimming on some days. 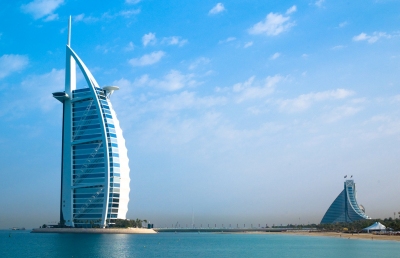 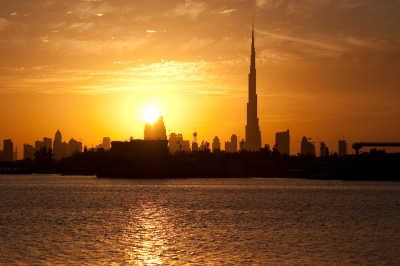 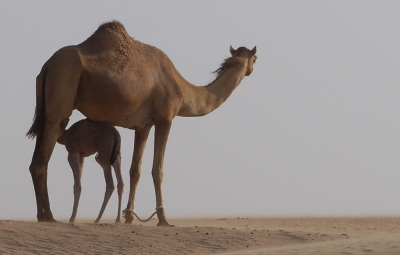