On this page, you will find information about the climate and the best time to visit Hainan. We created climate tables and charts for the location of Haikou. These contain details about temperatures, precipitation and more.

Furthermore, we analyzed all climate data and provide a recommendation about which months are best to visit Hainan for your holiday.

1. General & Geography
2. Climate on Hainan in China
3. Best Time to Travel for Hainan: Overview
4. When is the best time to travel for Hainan?
5. Climate Chart Hainan
5.1 Climate Chart Haikou
6. Climate Table Hainan
6.1 Climate Table Haikou
7. Current Weather and Forecast
8. China: Regions
9. Experiences of our Visitors
10. Share your Experience and Win
Hainan is the southernmost province of the People’s Republic of China and consists of several islands. As a rule, Hainan is mainly the largest island of the same name in the archipelago in the South China Sea.

Hainan is somewhat smaller than Taiwan, whose status as an independent state is still not recognised by China. In this respect, the main island Hainan Dao is the second largest or even the largest island within the People’s Republic of China.

Almost 1200 miles of coastline are dotted with beautiful bays and palm-fringed sandy beaches, while the interior of the island is predominantly covered with lush rainforest.

Due to the mild climate all year round and the perfect conditions for a relaxing seaside holiday, Hainan is often referred to as the “Hawaii of the East”. In fact, Hainan and Hawaii are even on a latitude.

Other comparisons call the island world of Hainan also the “Florida of China”, certain similarities cannot be denied by the summery flair, the beautiful beaches and the many tropical fruits.

The flight time from Shanghai is about three hours, from Beijing the direct flight to Sanya on Hainan takes about four hours. Hainan is therefore also a very popular end to a tour of China.

Climate on Hainan in China 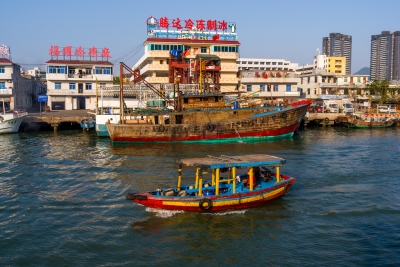 The fantastic bays like Dadonghai, Yalong- or Haitang Bay on Hainan are especially popular because the Chinese island offers pleasant temperatures all year round. Even in winter it remains very mild with daytime temperatures of 20 °C and more, in midsummer it never gets unbearably hot with an average of 32 °C.

In general, most rain falls on Hainan between May and October. The tropical climate is strongly determined by the monsoon and manifests itself in wetter summer and autumn months as well as a dry winter and spring. The north of Hainan is noticeably cooler than the south of the islands.

The rainy season, with about 75% of the annual rainfall, is also the risk period for typhoons on Hainan. In general, these tropical cyclones hit – if at all – the east of the island. Coolest months are December to February, warmest months on Hainan are May to August.

When is the best time to travel for Hainan?


In general Hainan can be visited all year round, even if the summer months can become very warm and also humid due to the increased precipitation. The month with the most rain is September, which slowly heralds the end of the rainy season on Hainan until mid-October.

We generally recommend the period from mid-October to the end of April as the best travel season for Hainan. In general, the months from December to February are not always perfect for swimming (water temperature around 20 °C, air up to 22 °C), but they are nevertheless a welcome change from China’s often very cold mainland.

On the occasion of the Chinese New Year, whose date according to the traditional Chinese calendar falls on a new moon between January 21 and February 21, the number of visitors to Hainan often explodes. During this popular travel season, the prices for overnight stays on the island also increase significantly.

In the following, you will find the climate table for Hainan, containing information about Temperatures, Precipitation, Water Temperatures, and Hours of Sunshine.

The maximum water temperature in Haikou is 30 °C. You can take a bath at these temperatures.

Months with water temperature of at least 21 °C (adequate for beach vacation):
all except January, February, and March

Rainy season (months with more than 6.9 in of precipitation): May, June, July, August, and September
Overall precipitation in the rainy season: 46.89 in

You cannot expect snow in any month in Haikou.

Hainan is part of the holiday destination China. We analyzed the climate for additional regions, in order to provide you with information about the best time to visit and the expected holiday weather:

Hainan: Experiences of our Visitors

There are 1 reviews for Hainan holiday already. Average rating is 4 of 5 stars.

We want to know: how was the weather during your Hainan holiday? You can win a travel coupon of 1000 $. The price will be raffled among all submissions. 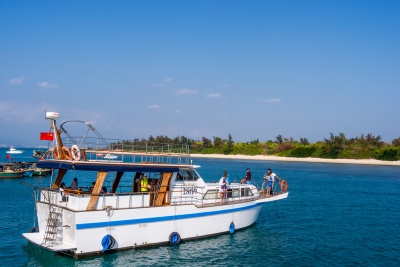 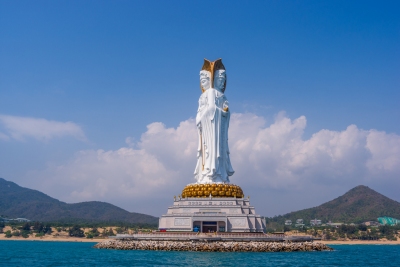 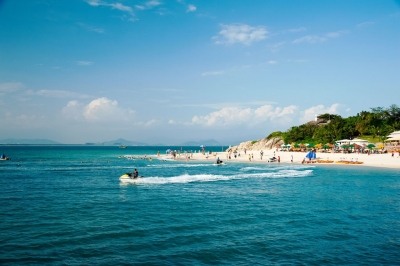