On this page, you will find information about the climate and the best time to visit Tanzania. We created climate tables and charts for the locations of Dar es Salaam, Mwanza und Kilimanjaro Airport (Arusha). These contain details about temperatures, precipitation and more.

Furthermore, we analyzed all climate data and provide a recommendation about which months are best to visit Tanzania for your holiday.

The coastline runs along the Indian Ocean, creating beautiful beaches and paradisiacal islands such as Zanzibar, Pemba and Mafia Island.

Tanzania has a population of around 50 million, and its many cultural influences make it a multi-ethnic country.

Even today, 125 languages and dialects are counted, but due to the long British colonial rule until 1961, English is still the official language today. This usually makes communication very easy for travellers.

Tanzania is regularly named the best safari destination in the world. The government is located in the largest city, Dar es Salaam, on the coast, but the official capital is Dodoma in the centre of the country. 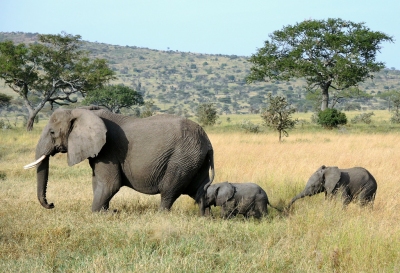 Tanzania is mainly dominated by savannahs and semi-deserts, the flat coastal region with tropical conditions differs from the more temperate mountain regions in the rest of the country. The climate in Tanzania is thus largely similar to neighbouring Kenya, where warm to hot temperatures and comparatively high humidity also prevail all year round along the coast.

The high plateaus, especially the central plateau, are characterised by high day temperatures and quite low night temperatures. Activities such as hiking or safaris in the early morning or late evening hours can therefore sometimes be very cold.

For the most popular safari areas like the Ngorongoro Crater and the Serengeti, the two rainy seasons in Tanzania are particularly noteworthy. In general, from mid-March to the beginning of June we speak of the great rainy season, which can also result in restrictions in the passability of roads and paths, depending on the intensity. The so-called “small rainy season” in the months of October and November is usually less pronounced.

When to go to Tanzania?


Tanzania can be described as a year-round destination without hesitation. In view of the rainy seasons, we recommend mid-June to late September and mid-December to early March as the best travel season for safaris. A big advantage for wildlife observation in the dry season is the fact that there are only a few waterholes left in the reserves and that the animals gather very concentrated in these areas. Especially the months of April and May are rather unsuitable for safaris, some lodges and camps in the parks are now even closed.

To climb Mount Kilimanjaro, you usually start in Moshi, of course the temperatures drop steadily up to the summit as the altitude rises. The proximity to the equator ensures little variation throughout the year, but trekking is also subject to certain restrictions due to the rainy seasons. The best time for active holidaymakers is therefore August, September and October with very good visibility. In April, May and November, however, the paths are often slippery and therefore not safe to use.

The rainy season on the coast is characterised by mugginess and usually oppressive heat, the conditions are therefore not optimal. The months December to March and June to the beginning of October are also recommended for the coastal region and a bathing holiday on Pemba or Zanzibar.

Find the best time to visit the regions (Tanzania) in the following overview.

The maximum water temperature in Dar es Salaam is 28 °C. You can take a bath at these temperatures.

You cannot expect snow in any month in Dar es Salaam.

You cannot expect snow in any month in Mwanza.

You cannot expect snow in any month in Kilimanjaro Airport (Arusha).


Besides the mountain regions of Kilimanjaro and Mount Meru, the safari regions are among the most popular destinations in Tanzania. The Selous Game Reserve in the south is less known by name (as is the neighbouring Ruaha), but it is Africa’s largest game reserve. Besides Lake Manyara, Tarangire and Arusha National Park, the Ngorongoro Crater is unique worldwide.

However, the highlight of every trip to Tanzania is a visit to the Serengeti, which is marked by the great herd hike all year round. The Great Migration of hundreds of thousands of wildebeests and zebras is considered one of the greatest wonders on earth.

It runs from December to February in the southeast of the Serengeti, the animals contract at the beginning of the rainy season from March to April in the Ndutu area in the south. The spectacular river crossings on the Grumeti River, where hungry crocodiles await their prey, start around mid-July. From September onwards, large parts of the herds move on to the neighbouring Masai Mara in Kenya.

More information about the best things to do: Zanzibar | Tanzania

Dar es Salaam: City Tour
Tours
7 Reviews
from 77 $ »
Embark on a city tour in Dar es Salaam and experience a mix of sightseeing, shopping, and entertainment. The largest city in Tanzania reflects a fascinating combination of its rich historical past and its sophisticated contemporary present.
Zanzibar: Jozani Forest, Local Zoo and Swimming with Turtles
Tours
1 Review
from 143 $ »
Get up close and personal with Zanzibar’s local animals in the Jozani Forest National Park on a 6-hour guided tour with lunch.
Mount Kilimanjaro: 5 Nights & 6-Days Climb via Marangu Route
Tours
from 2127 $ »
Climb Mount Kilimanjaro on its most popular route – Marangu. Hike all the way to Uhuru Peak while spending the nights in comfortable huts.

Tanzania: Experiences of our Visitors

There are 2 reviews for Tanzania holiday already. Average rating is 2.5 of 5 stars.

We want to know: how was the weather during your Tanzania holiday? You can win a travel coupon of 1000 $. The price will be raffled among all submissions. 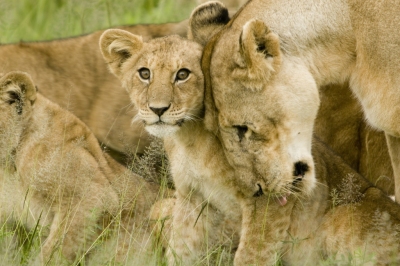 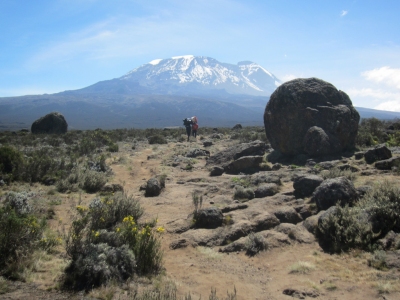 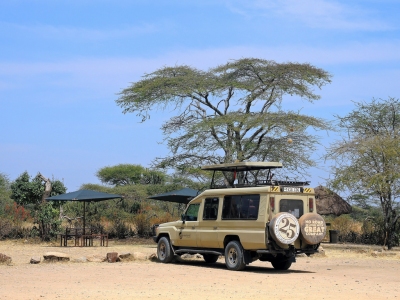