On this page, you will find information about the climate and the best time to visit Andalusia. We created climate tables and charts for the locations of Málaga und Córdoba. These contain details about temperatures, precipitation and more.

Furthermore, we analyzed all climate data and provide a recommendation about which months are best to visit Andalusia for your holiday.

The region of Cadiz is located at the southernmost tip, Malaga to the east and the main province of Seville to the north. About 8.5 million people live on an area of 54000 square miles. The province of Seville is the most populous region with almost 2 million inhabitants and also has the largest land area in Andalusia.

On the south coast you find the Andalusian Folded Mountains, with the Sierra Nevada in the center and the 3482 meters high Mulhacén as the highest peak of the Iberian Peninsula. The famous Costa del Sol in the province of Málaga offers a place to go for all sun lovers and beach holidaymakers. The southernmost part of the European mainland is formed by the Campo de Gibraltar. The Penón de Gibraltar is the tip of this peninsula. 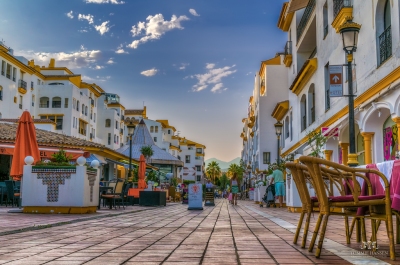 Already in the spring months the temperatures in Andalusia reach a pleasant 21 °C. The plants begin to sprout and envelop the region in a lush green. Some parallels to the North African climate cannot be denied in the weather in Andalusia, the geographical proximity to Morocco is also clearly reflected in the temperatures. Day temperatures in Málaga climb above 25 °C in May and peak in July and August at over 30 °C. The precipitation values are close to zero during this travel period.

In the province of Córdoba, temperatures even exceed 30 °C by the end of May and can reach 37 °C at the peak of the season. Córdoba is inland and therefore better protected from the wind, so the interior of Andalusia is always a bit hotter than the coastal region. Typical for Andalusia is however everywhere the clear day-night gradient.

At night, temperatures drop below 20 °C, even in high summer, to reheat nature with the onset of the midday sun. This phenomenon is known from North African regions such as Morocco and Tunisia. With summer water temperatures of around 22 °C, jumping into the sea from July to September is a lot of fun.

When to travel to Andalusia?


The northern province of Cordoba is located inland, where high temperatures can be expected early in the year. The best time to travel in the region is therefore from mid-May to the end of September. A slightly different recommendation applies to the coastal province of Malaga, as in this region of Andalusia, beach holidays in particular are at the top of the popularity scale of holidaymakers:

Find the best time to visit the regions (Andalusia) in the following overview.

The maximum water temperature in Málaga is 22 °C. You can take a bath at these temperatures.

Months with water temperature of at least 21 °C (adequate for beach vacation):
July, August, and September

You cannot expect snow in any month in Málaga.

Months that have possible snowfall: January, and December


In Granada is the Alhambra, a popular destination for travellers from all over the world. The important city castle is an absolute”must see” in Andalusia. There is a lot to discover culturally in the capital Sevilla, not only the Plaza de Espana should be visited as an architectural masterpiece. The Cathedral of Seville (Santa Maria de la Sede) is also worthy of your attention.

Nature lovers will be thrilled by Doñana National Park on the Atlantic coast section “Costa de la Luz” near Sevilla, which offers extraordinary experiences with its dune landscape and species-rich swamps. The mountain range of the Sierra Nevada should not be missing on any Andalusia trip, also the Real Maestranza bullfight arena in Sevilla is legendary.

More information about the best things to do: Andalusia

Andalusia is part of the holiday destination Spain. We analyzed the climate for additional regions, in order to provide you with information about the best time to visit and the expected holiday weather:

Andalusia: Experiences of our Visitors

There are 4 reviews for Andalusia holiday already. Average rating is 4.8 of 5 stars.

We want to know: how was the weather during your Andalusia holiday? You can win a travel coupon of 1000 $. The price will be raffled among all submissions. 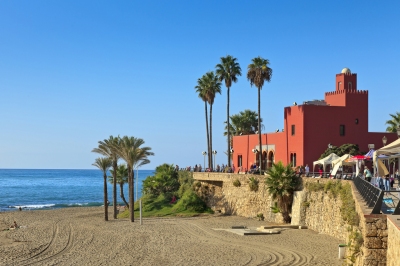 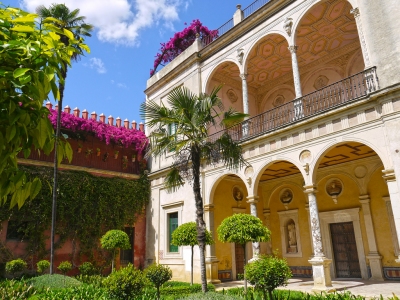 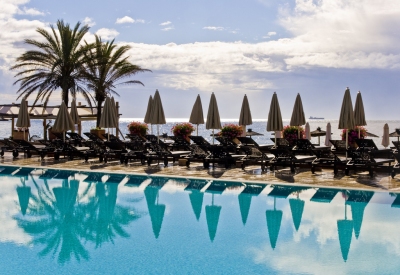 Andalusia will change you