On this page, you will find information about the climate and the best time to visit Uganda. We created climate tables and charts for the location of Entebbe. These contain details about temperatures, precipitation and more.

Furthermore, we analyzed all climate data and provide a recommendation about which months are best to visit Uganda for your holiday.

1. General & Geographical Location
2. Climate in Uganda
3. Best Time to Travel for Uganda: Overview
4. When is the optimal travel time for Uganda?
5. Climate Chart Uganda
5.1 Climate Chart Entebbe
6. Climate Table Uganda
6.1 Climate Table Entebbe
7. Highlights and activities
8. Current Weather and Forecast
9. Experiences of our Visitors
10. Share your Experience and Win
The Republic of Uganda is a landlocked state in East Africa with around 35 million inhabitants, the capital and largest city of the country is Kampala. The former capital Entebbe is about 22 miles away.

The country is part of the Commonwealth of Nations and achieved independence from the United Kingdom in 1962. Official languages are English and Swahili.

Uganda looks back on a turbulent, more recent past that revealed its dark side, especially during the dictatorship of Idi Amin in the 1970s. But the subsequent regime under Milton Obote also brought drastic human rights violations and persecution of population groups.

For some years now, however, it can be said with certainty that the political situation in Uganda has calmed down considerably. Homophobia remains an outlawed offence for which a life sentence can be imposed. Corruption is also still a major issue at all levels of government.

On the other hand, there are the unique attractions of the up-and-coming Republic of Uganda, which is so rich in natural beauty and scenic drama.

Encounters with wild mountain gorillas, trekking tours through breathtaking national parks and rainforests as well as the high hospitality of the locals make up the magic of Uganda.

The highest elevation of Uganda is Mount Stanley (Margherita Peak) with 51110 meters, generally large parts of the country lie on the East African plateau above 1000 meters. 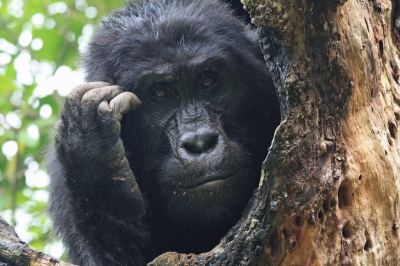 Despite its proximity to the equator, the high altitudes in Uganda ensure a comparatively moderate, tropical-equatorial climate. The temperatures are therefore not extremely high, there are only minor fluctuations throughout the year and instead of the classic seasons, the alternating damp climate is mainly determined by rainy seasons.

Lake Victoria has a great influence on precipitation and the change between the dry season and the rainy season in Uganda. The first dry season usually lasts from about the end of December to the end of February, the second dry season runs from June to the beginning of September.

Conversely, the periods March to the end of May and September to November can be described as the rainy season in Uganda due to heavy showers in some cases. The (rather untouristic) north of Uganda has a significantly longer rainy season from about mid-March without noticeable interruption into October.

When is the optimal travel time for Uganda?


Most travellers leave out the north of the country, so the best time to travel in Uganda is focused on the dry seasons in the centre and south of the country. This applies equally to safaris, hikes and adventure trips.

The best time for gorilla trekking in Uganda is between December and February and from mid-June to early September. This applies to Bwindi Impenetrable Forest National Park, famous for its mountain gorillas, as well as Queen Elizabeth National Park south of Rwenzori.

Traveling to Uganda during the rainy season is generally possible and typically cheaper, but heavy tropical rains can result in impassable roads and wildlife observation can be impaired by lush vegetation and poorer visibility.

From March there will be more rainfall in the whole country, statistically April is the rainy season of the year in the south and southwest as well as at Lake Victoria. Closely followed by the following May, which is even slightly wetter inland and is therefore considered to be the worst travel season together with April.

In the following, you will find the climate table for Uganda, containing information about Temperatures, Precipitation, and Hours of Sunshine.

You cannot expect snow in any month in Entebbe.


Uganda can certainly be described as a demanding tourist destination, for the civil war has left its mark on many old buildings. But anyway, the richness of flora and fauna and the beauty of the landscape are the absolute highlights of Uganda.

Gorilla Trekking in Bwindi Impenetrable Forest National Park is of course the flagship of tourism, but there is also a lot to explore for nature and animal lovers. In the Ziwa Rhino Sanctuary even rhinos can be admired up close.

The most popular reserves include the wetlands in Lake Mburo National Park, the species-rich Queen Elizabeth National Park, Murchison Falls National Park with its impressive Nile waterfall and exciting animal encounters, and chimpanzee tracking in the Budongo Forest Reserve.

Uganda: Experiences of our Visitors

There are 1 reviews for Uganda holiday already. Average rating is 4 of 5 stars.

We want to know: how was the weather during your Uganda holiday? You can win a travel coupon of 1000 $. The price will be raffled among all submissions. 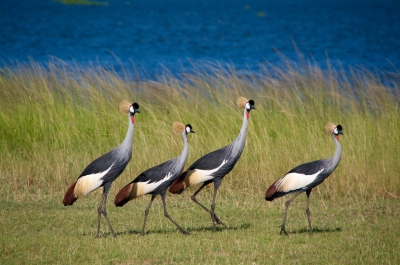 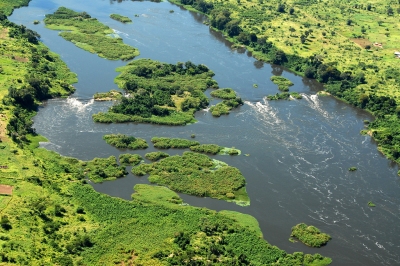 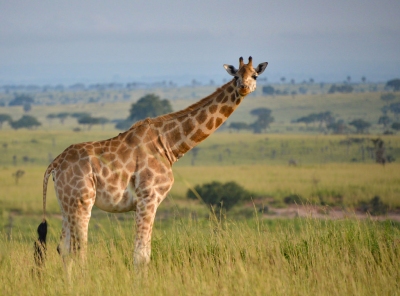