On this page, you will find information about the climate and the best time to visit Greece. We created climate tables and charts for the locations of Athens und Thessaloniki. These contain details about temperatures, precipitation and more.

Furthermore, we analyzed all climate data and provide a recommendation about which months are best to visit Greece for your holiday.

Greece is known for its 3054 islands. Only 87 of them are inhabited. About 10.8 million people live on an area of 86000 square miles. This results in a population density of 82 inhabitants per square kilometre.

Crete is the largest Greek island, it lies quite far south and is a popular tourist destination just like the Peloponnese and the mainland region Chalkidiki around Thessaloniki.

The capital Athens is world-famous for its old town and historical buildings such as the Acropolis. Athens is not only a political and economic centre Greece, but also very popular as a tourist destination. From Düsseldorf, the capital can be reached in about three hours flying time. 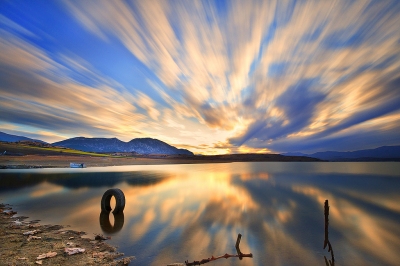 Greece has a temperate Mediterranean climate. Temperatures rise to over 20 °C early in the year. In both Thessaloniki and Athens, temperatures of around 30 °C can be found in June. These high temperatures ebb away only minimally until October and the precipitation values are very low. These long periods of drought repeatedly lead to forest fires, primarily in the southern regions.

In the north of the country, summer shows itself from a slightly different side. A light wind ensures more pleasant temperatures here. In winter, precipitation increases somewhat and showers also regularly occur in coastal areas. Temperatures in Athens drop to less than 10 °C. In the mountainous interior and even on the southern island of Crete it can occasionally even snow in winter.

When to travel to Greece?


The warm climate in summer offers ideal conditions for a holiday and is therefore recommended as the best time to travel in Greece from June to September. The excellent water temperatures in the Mediterranean and Aegean Sea complement the high number of daily sunshine hours and provide excellent weather conditions.

Truly divine temperatures on the Greek islands and on the south coast also offer ideal conditions for sailing trips or round trips. Athens in particular, but also Thessaloniki in the northeast of the country, are worth a visit. A classic seaside holiday is possible at the best time of the year in all coastal and island regions of Greece. The season usually runs from mid-May to mid-October.

Find the best time to visit the regions (Greece) in the following overview.

The maximum water temperature in Athens is 24 °C. You can take a bath at these temperatures.

You cannot expect snow in any month in Athens.

Show temperatures in degree
Temperatures
The annual average temperature in Thessaloniki is 16.2 °C.

The maximum water temperature in Thessaloniki is 25 °C. You can take a bath at these temperatures.


For culture lovers, the capital Athens has endless possibilities to offer. Whether the world-famous Acropolis, the historic Parthenon or the wonderful Old Town Plaka, Athens has the right offer for every taste. In the Kastraki region you can find the impressive Metéora monasteries. These have been impressively built amidst rock formations and represent an absolute attraction.

Other popular destinations in Greece are the Chalkidiki region with its three peninsula fingers and the Greek islands such as Crete, Kos, Mykonos, Corfu, Santorin or Rhodes. Meanwhile, the Meteora monasteries (Thessaly region), the ruins of the city of Olympia and the oracle of Delphi are among the UNESCO cultural heritage sites. The old towns of Corfu and Rhodes also carry the coveted UNESCO classification as a world heritage site.

More information about the best things to do: Crete | Rhodes | Cos | mykonos | Santorini | Halkidiki | Corfu | Athens

Athens: Delphi Guided Day Trip with Pickup & Optional Lunch
Tours
1371 Reviews
from 91 $ »
Travel to the center of Ancient Greece on a full-day tour of Delphi. Site of the oracle, and heart of the classical Greek world, explore the hilltop ruins, the amphitheater, and Temple of Apollo.
Acropolis South Entrance: Pre-Booked Admission Ticket
Culture & History
1195 Reviews
from 14 $ »
Collect your ticket from the local partner’s office and explore the Acropolis at your own pace. Skip the long lines and visit one of the world’s most famous ancient monuments.
Acropolis: Guided Walking Tour with Entrance Ticket
Tours
993 Reviews
from 49 $ »
Visit the Athens Acropolis and explore the fascinating world of Ancient Greece on a 1.5-hour walking tour. Discover the UNESCO-listed archaeological site with a licensed guide. End at the summit with free time to explore on your own.

Greece: Experiences of our Visitors

There are 7 reviews for Greece holiday already. Average rating is 4.4 of 5 stars.

We want to know: how was the weather during your Greece holiday? You can win a travel coupon of 1000 $. The price will be raffled among all submissions. 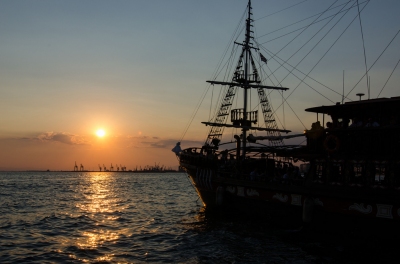 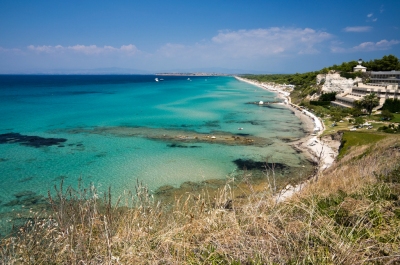 Thessaloniki from the air