On this page, you will find information about the climate and the best time to visit Trinidad and Tobago. We created climate tables and charts for the location of Port of Spain. These contain details about temperatures, precipitation and more.

Furthermore, we analyzed all climate data and provide a recommendation about which months are best to visit Trinidad and Tobago for your holiday.

Capital of the state is Port of Spain in the northwest of Trinidad, in the surrounding metropolitan region live about 550,000 inhabitants. The total population of Trinidad and Tobago is about 1.4 million people.

The official language on both islands is English, but Spanish is widely spoken due to its proximity to the mainland. The country has been independent of the United Kingdom since 31 August 1962. Currency is the so-called Trinidad and Tobago dollar.

Both islands are crossed by mountain ranges and have large wooded areas. The highest mountain is the Cerro del Aripo with 941 meters on Trinidad.

The two islands Trinidad and Tobago have a typical tropical climate with only slight temperature fluctuations throughout the year. The average day temperature is 30.5 °C in the coolest month of January and 32.2 °C in the warmest month of April.

As these are statistical averages, the peak values on particularly hot days can still be significantly higher, but generally Trinidad and Tobago have very constant temperatures. Even at night it remains very mild with at least 20 °C all year round.

In general, the larger Trinidad is a little more sheltered from the wind and therefore has slightly higher temperatures than Tobago, which, however, are hardly noticeable for the body. There are no classical seasons in the Caribbean, only the rainy season is to be distinguished from the dry season.

The rainy season on Trinidad and Tobago starts around the end of May and usually lasts until mid-December. It is accompanied by increased humidity and muggy-warm climatic conditions. The dry season runs accordingly from about the end of December to the beginning of May. Most rainy month is July.

Hurricane hazard on Trinidad and Tobago? 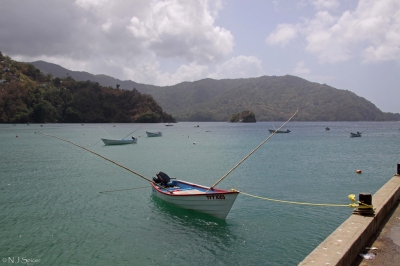 In general, the hurricane season in the Caribbean runs from June to November, with the highest risk of tropical cyclones statistically occurring in June, September and October as the peak of the annual hurricane season. Rarely are the months of July and August affected.

Due to their southern location below the usual hurricane belt, Trinidad and Tobago are considered largely safe from hurricanes. Together with Aruba, Bonair and Curacao, Barbados and Grenada, they are among the least endangered Caribbean islands.

For the sake of completeness, however, we would like to mention that in 1963 Hurricane Flora devastated Tobago in particular, while Trinidad was largely spared. Nevertheless, the risk of hurricanes on both islands – as described – is extremely low.

When is the best time for Trinidad and Tobago?


In general, both Caribbean islands are suitable for year-round travel, because even if there can be temporary restrictions during the rainy season, even the rainy month of July still pampers with an average of seven hours of sunshine and mostly pleasant conditions.

In addition, prices during the rainy season are reduced accordingly and attract especially outside the European holiday seasons with great bargains. The last few years have also shown that September and October have significantly less precipitation than the surrounding months.

Nevertheless, there can only be one answer to the question of the absolutely best travel time for Trinidad and Tobago, namely the dry season. Especially recommendable for a Caribbean trip to the region are therefore the months of January to April, with a small reduction also the two transition months of December and May.

In the following, you will find the climate table for Trinidad and Tobago, containing information about Temperatures, Precipitation, Water Temperatures, and Hours of Sunshine.

Temperatures, Precipitation, Sunshine in Port of Spain (Trinidad and Tobago)

The maximum water temperature in Port of Spain is 29 °C. You can take a bath at these temperatures.

Rainy season (months with more than 6.9 in of precipitation): June, July, August, September, October, and November
Overall precipitation in the rainy season: 55.04 in

You cannot expect snow in any month in Port of Spain.

Port of Spain: Caroni Bird Sanctuary by Boat
Tours
3 Reviews
from 69 $ »
Discover the natural beauty of the Caroni Swamp. Enter into Caroni Bird Sanctuary and explore the waterways by boat. Keep an eye out for exotic birds and the scarlet ibis, Trinidad’s national bird.
Trinidad: Half-Day Mini Island Tour from Port of Spain
Tours
1 Review
from 85 $ »
On your half-day tour, visit the main city Chaguanas and its fresh produce market amd bazaar street. See a small authentic pottery museum, the 85-foot tall statue of Lord Hanuman, the adjoining Ashram, and the Temple on the Sea.
Port of Spain: Coastal Tour of Trinidad
Tours
1 Review
from 110 $ »
A scenic and relaxed tour along the breathtaking North Coast of Trinidad, with various stops for bathing and relaxing.

Trinidad and Tobago is part of the holiday destination Caribbean. We analyzed the climate for additional regions, in order to provide you with information about the best time to visit and the expected holiday weather:

Port of Spain: January, February, March, April, May, and December

March: 1.34 in
Rain in Port of Spain
Maximum Water Temperature

Distances to Trinidad and Tobago

Show Port of Spain on Map

Trinidad and Tobago: Experiences of our Visitors

There are 2 reviews for Trinidad and Tobago holiday already. Average rating is 3.5 of 5 stars.

We want to know: how was the weather during your Trinidad and Tobago holiday? You can win a travel coupon of 1000 $. The price will be raffled among all submissions. 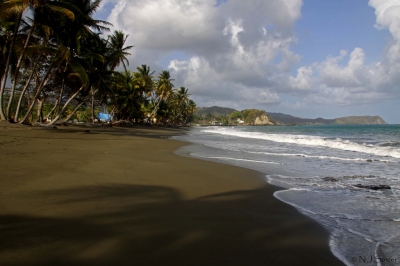 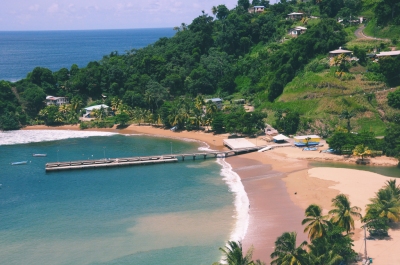 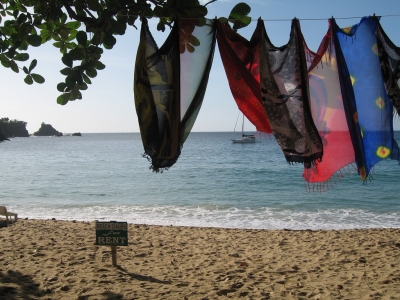