On this page, you will find information about the climate and the best time to visit Antigua and Barbuda. We created climate tables and charts for the location of St. John’s. These contain details about temperatures, precipitation and more.

Furthermore, we analyzed all climate data and provide a recommendation about which months are best to visit Antigua and Barbuda for your holiday.

The country belongs to the Antilles Islands above the wind and is home to about 70,000 inhabitants on an area of 280 square miles. The capital is Saint John’s on the northwestern coast of Antigua. The official language is English, but it is also a Creole language based on English. The biggest elevation of the country is the 402 meter high Mount Obama. The volcanic crater is located in the southwest of Antigua Island.

There are many coral reefs around the islands. The coral island Barbuda rises 44 meters out of the sea and is completely natural. The predominant area of the two main islands Antigua and Barbada consists of limestone formations. 5 miles north-east of the capital Saint John’s is the airport VC Bird International.

Climate in Antigua and Barbuda 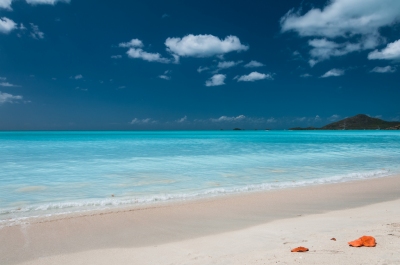 The northern Leeward Islands of the Lesser Antilles including Antigua and Barbuda have a tropical climate. This means that the temperatures are very constant throughout the year (28 °C to 32 °C during the day), there are no recognizable seasons and the night temperatures remain very mild at 21 °C to 25 °C. Although some travel guides speak of a rainy season in the region, our climate table shows that this is not reflected in the weather records.

Due to the influence of the north-east trade wind, the months of June to September are generally considered to be the rainy season in question, but the period of September to November is in fact the rainy season. In any case, however, there are usually only short showers, which can occur at any time of the year. Rainfall in Antigua and Barbuda ranges between 53 and 6.1 in per month, which is below average compared to other Caribbean countries.

The driest travel season is in February and March. The islands offer around 7 to 8 hours of sunshine a day all year round. In summer, especially from July to October, tropical cyclones can hit Antigua and Barbuda. As a rule, however, these are only foothills with poorer weather for a few days, as the islands are not located in the central hurricane belt.

When to visit Antigua and Barbuda?


Antigua and Barbuda can generally be described as an absolute year-round goal. The temperatures of air and water are very constant throughout the year and allow a Caribbean bathing holiday at any time of the year. With these possible restrictions in the summer months, however, we would like to recommend winter as the best time to travel to Antigua and Barbuda. We therefore recommend the months from the end of November to the end of May as the optimal travel season for your Caribbean holiday on the two dream islands.

In the following, you will find the climate table for Antigua and Barbuda, containing information about Temperatures, Precipitation, Water Temperatures, and Hours of Sunshine.

The maximum water temperature in St. John’s is 28 °C. You can take a bath at these temperatures.

You cannot expect snow in any month in St. John’s.


On a trip to Antigua and Barbuda, the focus is on relaxation under the Caribbean sun and on the beach. But there are also many possibilities to actively arrange your holiday. For example, the islands offer a high ropes course that leads through the treetops of a forest. Excursions with motor boats and catamarans to remote bays and small islands are highly recommended. Divers can expect an absolute underwater paradise. A colourful and species-rich underwater world with turtles, sharks and unique coral reefs seems almost magical. A highlight is the Valley Church beach, it seems almost surreal with its picturesque ambience.

All About Jerk
Tours
1 Review
from 120 $ »
This hands-on cooking class will teach you “All about Jerk” cooking. Learn about the spices, history, receive all the recipes, and then eat lunch on the veranda that overlooks the Caribbean Sea. Enjoy yourself and the food on this 5 out of 5 tour.

Antigua and Barbuda is part of the holiday destination Caribbean. We analyzed the climate for additional regions, in order to provide you with information about the best time to visit and the expected holiday weather:

St. John’s: all except July, August, September, and October

Distances to Antigua and Barbuda

We want to know: how was the weather during your Antigua and Barbuda holiday? You can win a travel coupon of 1000 $. The price will be raffled among all submissions. 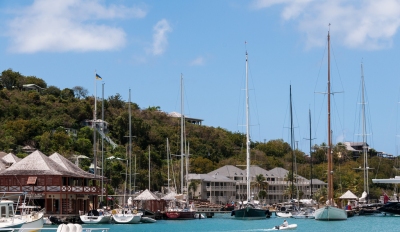 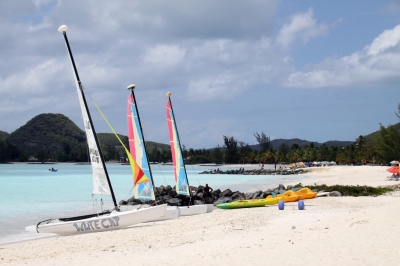 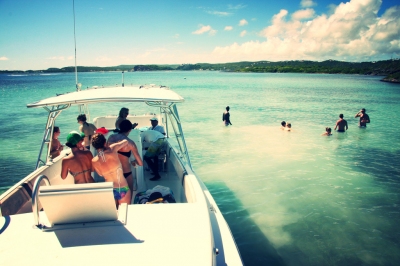